Not sure what happened: I had the feeling I was reading a lot,

2 possible explanations for so few titles:

– I’m trying to go on reading Proust, In Search of Lost Time. I am in Le côté de Guermantes.

– But what kept me super busy this month is France Book Tours: it went live on April 18, and already 9 books are on Tour, plus 1 in the making!
Check if by any chance you would love to read any of the books posted – all the upcoming tours are listed in the side bar. If it does not say Booking Up Now, it means I already have all the bloggers for that book.
Reminder:
If you sign up to host a stop, of course you receive for free the book you choose to review, but you also get an automatic triple entry in the giveaway of the month, which is either a book or a $15 gift card of your choice, plus your blog is featured during the whole month if you are the month winner.

If you follow Words And Peace, do you mind doing me a favor and also signing up by email to France Book Tours? Thanks so much!

So here are the books I read/listened to:

My favorites this month:

the choice is extremely tough as I REALLY enjoyed a lot
4 out of 5 of these books! 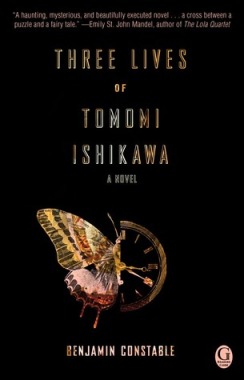 How was YOUR month of May?
And what are your reading plans for June?

Published by Little, Brown and Company
on April 23rd 2013 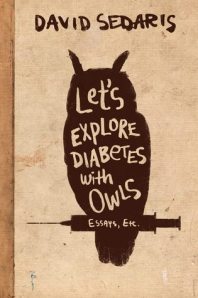 Three years ago, I wrote a very disappointed review of Squirrel Seeks Chipmunk, joining many readers and bloggers who definitely thought this was not Sedaris at his best.

When I heard he was preparing to publish Let’s Explore Diabetes With Owls, his latest book with a title à la Sedaris of course, I was wondering if I would give him another chance. Well, this book showed up right in front of my face at my library, on its release day, so how could I resist?

And I’m glad I succumbed. This time I join a much happier crowd saying: ah ah this is the real Sedaris again!

And it sure is. I recently highlighted his first chapter, on the French medical system, French doctors and dentists. So hilarious and so true, foi de Française!

In this book, you will travel all over the world, not only to France, but also to Australia, to China and Japan, etc. I really enjoy his style, his views always right on target, with love and humor, and the way he knows how to suddenly give a final twist you were not expecting at all.

You will also meet several members of his family, Hugh of course, and also his parents, his sister and his unforgettable yaya.

NB: In this collection, many essays have actually been previously published, in newspapers or magazines. And several feature a narrator different than Sedaris himself. One essay has some quite funny but dirty sex jokes.

“Their house had real hardcover books in it, and you often saw them lying open on the sofa, the words still warm from being read.”
Just to show that Sedaris can also be poetic at times!

A guy walks into a bar car and…

From here the story could take many turns. When this guy is David Sedaris, the possibilities are endless, but the result is always the same: he will both delight you with twists of humor and intelligence and leave you deeply moved.

Sedaris remembers his father’s dinnertime attire (shirtsleeves and underpants), his first colonoscopy (remarkably pleasant), and the time he considered buying the skeleton of a murdered Pygmy.

With Let’s Explore Diabetes with Owls, David Sedaris shows once again why his work has been called “hilarious, elegant, and surprisingly moving” (Washington Post). [Goodreads]

Sedaris came to prominence in 1992 when National Public Radio broadcast his essay “SantaLand Diaries.” He published his first collection of essays and short stories, Barrel Fever, in 1994. Each of his four subsequent essay collections, Naked (1997), Holidays on Ice (1997), Me Talk Pretty One Day (2000), Dress Your Family in Corduroy and Denim (2004), and When You Are Engulfed in Flames (2008) have become New York Times Best Sellers.

As of 2008, his books have collectively sold seven million copies. Much of Sedaris’ humor is autobiographical and self-deprecating, and it often concerns his family life, his middle class upbringing in the suburbs of Raleigh, North Carolina, Greek heritage, various jobs, education, drug use, homosexuality, and his life in France with his partner, Hugh Hamrick.

HAVE YOU READ THIS BOOK YET?
WHICH ONE IS YOUR
FAVORITE BOOK BY SEDARIS?
SHARE YOUR THOUGHTS  IN A COMMENT PLEASE

Published by Little, Brown and Company on April 23rd 2013

Une fois n’est pas coutume, I would like today to highlight a chapter of a book.

I discovered Sedaris shortly after I arrived in the US in 2001, with Me Talk Pretty One Day. For a reader  like me in between my French native culture and my new life in the US, this was a very good and funny book. I laughed so much on his Easter stories, with the comparison between the Easter Bunny (US) and the Easter bells (France).

Since then, I have devoured every book by Sedaris, but threatened to give up on him when I read his Squirrel Seeks Chipmunk and was so very disappointed, like many other readers.

Let’s Explore Diabetes With Owls was just published a couple of days ago. And my awesome library had even a hot copy available. So how could I resist? I even started reading right on the spot, and laughing aloud. With the very first essay, Dentists Without Borders, on the French medical system, French doctors and dentists, I knew right away that Sedaris was back to his old really funny self.

This chapter is hilarious, and of course right on target. I laughed a lot about the flossing part, so true that when I went to see my first American dentist, I had no idea what flossing could mean. I asked for a demonstration when he handed me some floss. But truth is, yes Sedaris, that the American dentist did admit I had very good gums, even though I was in my 30s and had never flossed before, EVER!!

There are lots of  other passages on France in this book, like in several if not all of Sedaris’s books.

If you need a good laugh in the company of French people, this book is just the right thing for you.

From the unique perspective of David Sedaris comes a new book of essays taking his readers on a bizarre and stimulating world tour. From the perils of French dentistry to the eating habits of the Australian kookaburra, from the squat-style toilets of Beijing to the particular wilderness of a North Carolina Costco, we learn about the absurdity and delight of a curious traveler’s experiences. Whether railing against the habits of litterers in the English countryside or marveling over a disembodied human arm in a taxidermist’s shop, Sedaris takes us on side-splitting adventures that are not to be forgotten. [Goodreads]

Sedaris came to prominence in 1992 when National Public Radio broadcast his essay “SantaLand Diaries.” He published his first collection of essays and short stories, Barrel Fever, in 1994. Each of his four subsequent essay collections, Naked (1997), Holidays on Ice (1997), Me Talk Pretty One Day (2000), Dress Your Family in Corduroy and Denim (2004), and When You Are Engulfed in Flames (2008) have become New York Times Best Sellers.

As of 2008, his books have collectively sold seven million copies. Much of Sedaris’ humor is autobiographical and self-deprecating, and it often concerns his family life, his middle class upbringing in the suburbs of Raleigh, North Carolina, Greek heritage, various jobs, education, drug use, homosexuality, and his life in France with his partner, Hugh Hamrick. [Goodreads]

HAVE YOU READ THIS BOOK?
WHAT’S YOUR FAVORITE BOOK BY SEDARIS?

If you read this post on a page different from http://wordsandpeace.com, know it has been stolen.
Please tell me where you found it. Thanks!