Picking from my 4th list of books for The Classic Club, my plan was to read 8 novellas this month for the Novellas in November event.

I managed to read them all, but have been bad at posting reviews recently.
I did post a short review for these three (click on the cover), the three reviews are on the same post: 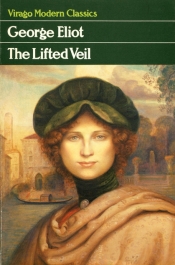 And here are now a few words on the 5 other novellas I have read.
I may end up writing more and more super short “reviews” of that type. Would you still be interested in this blog if I did?
END_OF_DOCUMENT_TOKEN_TO_BE_REPLACED

November is full of so many blogging events. I’m participating in two, Nonfiction November and Novellas in November, as reflected by I what I have read and posted this week:

I finished 5 books this past week. 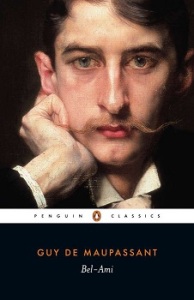 I like Maupassant’s short stories, but I think Bel-Ami might be the very first novel I read by him.
I found in it the same talent Maupassant has to describe scenes, people, and the social milieu.
I have a lot to say about this book, so I’m planning on writing a review on it next week.

I read these 3 novellas – click on the pictures to read my short reviews of them:

And I finished the audiobook I presented last week:

This was a major discovery for me.
“Anna Katharine Green (1846-1935) was an American poet and novelist.
She was one of the first writers of detective fiction in America and distinguished herself by writing well plotted, legally accurate stories.

Check last week’s post where I give more details about it.

Finally reading this book that I bought a long time ago.

I’m not far into it, but loving it so far: a neat history of walking.

“This volume provides a history of walking, exploring the relationship between thinking and walking and between walking and culture. The author argues for the preservation of the time and space in which to walk in an ever more car-dependent and accelerated world.” 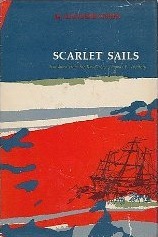 📚 Crimson Sails,
by Alexander Grin
Translated by Fainna Glagoleva
Russian literature
Published in 1922
Reading it for Novellas in November
It counts for The Classics Club

I am actually reading a different edition than the book cover – couldn’t find a decent cover of my edition. And the title of Glagoleva’s translation is Crimson Sails, not Scarlet Sails.

“In a small fisherman’s village there lived the widowed and reclusive Longren with his daughter Assol. The neighbors consider the family odd, which was true. Assol is waiting for her prophesied fate–that she will meet the man of her dreams when he comes to her on a ship with red sails.” 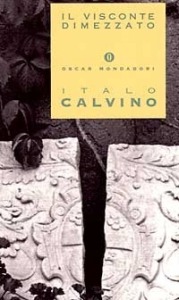 📚 Il Visconte Dimezzato,
by Italo Calvino
Translated into English as The Cloven Discount
Italian literature / Fantasy
Published inn 1952
Reading it for Novellas in November
It counts for The Classics Club

The day has finally come: after several months of studying Italian through Duolingo, I’m now reading Italo Calvino in the original text – which was my goal in learning Italian.
The advantage of reading ebooks is that it’s easy to check a word I’m not sure of, but knowing how sentences work, grammar, and conjugation, makes it smooth. I’m really thrilled by this.
And I’m starting to dare dream being able to do the same one day in Japanese as well. That type of dream never hurts, right?

Now, this is a very weird story, and I am very curious to see how Calvino will show here he is a true Oulipo member.

“The narrator tells the story of his uncle, Medardo di Torralba, who fighting in Bohemia against the Turks, ended up cut in half by a cannon shot.
The two parts of his body, perfectly preserved, show different characters: the first half shows a cruel disposition, rages on his subjects and threatens the beautiful Pamela, while the other half, the good one, does its utmost to repair the misdeeds of the other and even Pamela asks in marriage.
The two halved faces challenge each other to a duel, and in the clash they begin to bleed in their respective broken parts. A doctor takes advantage of this to reunite the two halves of the body and restore an entire viscount to life, in which good and bad are mixed.”

🎧  Unbeaten Tracks in Japan,
by Isabella Lucy Bird
Nonfiction
Published in 1885
400 pages
12H56
It counts for The Classics Club

Another awesome discovery, and I am glad a Librivox member recorded it, so I’m actually listening to it.
Imagine, an English woman traveling to Japan unchaperoned in 1878, and discovering the real Japan of the interior, far from touristy places, visiting villages who had never seen “a foreigner” before, and “a woman foreigner” at that.
She is seeing the real Japan of the time, far from romantic views reported by wealthy tourists.
Lots of poverty, even miserable people, living in miserable conditions, plagued by insects and skin diseases.
But Isabella L Bird also knows how to appreciate and describe a gorgeous landscape when she sees one, especially after going through horrible paths.
These are actually the letters she sent to her sister all during her trip. Most most fascinating. Full of details on daily life there at the time, on architecture, food, etc.
And my first months of Japanese do help him understand the use of some local words!

I enjoyed The Master and Margarita, so I’m really looking forward to this one.

“Mikhail Bulgakov’s absurdist parable of the Russian Revolution.
A world-famous Moscow professor — rich, successful, and violently envied by his neighbors — befriends a stray dog and resolves to achieve a daring scientific first by transplanting into it the testicles and pituitary gland of a dead man. But the results are wholly unexpected: a distinctly and worryingly human animal is on the loose, and the professor’s hitherto respectable life becomes a nightmare beyond endurance.
As in The Master and Margarita, the masterpiece he completed shortly before his death, Mikhail Bulgakov’s early novel, written in 1925, combines outrageously grotesque ideas with a narrative of deadpan naturalism. The Heart of a Dog can be read as an absurd and wonderfully comic story; it can also be read as a fierce parable of the Russian Revolution.”

November is a crazy month with so many book blogging events. It’s also sci-fi month.
I won’t have time to read any sci-fi right now, but I’m running into new titles on blogs I visit. This one sounds fabulous: 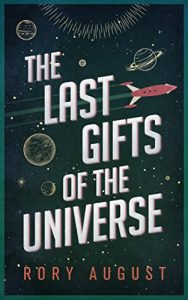 The Last Gifts of the Universe,
by Rory August
Published on April 7, 2022
Scifi
203 pages

“A dying universe.
When the Home worlds finally achieved the technology to venture out into the stars, they found a graveyard of dead civilizations, a sea of lifeless gray planets and their ruins. What befell them is unknown. All Home knows is that they are the last civilization left in the universe, and whatever came for the others will come for them next.

A search for answers.
Scout is an Archivist tasked with scouring the dead worlds of the cosmos for their last gifts: interesting technology, cultural rituals—anything left behind that might be useful to the Home worlds and their survival. During an excavation on a lifeless planet, Scout unearths something unbelievable.
A past unraveled.
An adventure at the end of a trillion lifetimes.”

Once again, looks like the official synopsis gives too much away, so I shortened it.

📚 NO BOOK RECEIVED THIS PAST WEEK 📚

HAVE YOU READ ANY OF THESE BOOKS?
HOW WAS YOUR WEEK?
BE SURE TO LEAVE THE LINK TO YOUR POST

As I am working on my 4th list of books for The Classic Club, I decided to focus on classics for the Novellas in November event, not just this week, but for the whole month.

This week, I finished three, in this order: 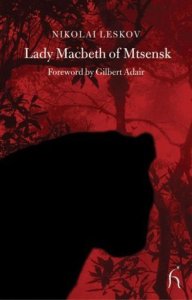 The Lady Macbeth of Mtsensk, by Nikolai Leskov
Translated by
Richard Pevear and Larissa Volokhonsky
So not the edition shown on this book cover
Originally published in Russian in 1865
Literary fiction / Novella
44 pages
Goodreads

Leskov is an amazing narrator.
I had only read On the Edge of the World by him, and this novella made me realize more how talented he is in his descriptions of people.

“In our parts such characters sometimes turn up that, however many years ago you met them, you can never recall them without an inner trembling.”

And the reason of this “inner trembling” is Katerina Lvovna Izmailova, aka The Lady Macbeth of Mtsensk, possibly the first serial killer in Russian literature.

Bored after she was married to Zinovy, a widower twice her age, Katerina gets interested in the steward Sergei. Sergei decides to add her to his collection of women he has seduced, but he has no clue what he’s getting into with the fierce Katerina…

I can’t reveal much more without spoiling it all.
I was amazed how Leskov managed to portray this woman and her milieu in so few pages. We do have lots of details on the living conditions of small Russian merchants and their household at the time.

And obviously, with the reference to Shakespeare’s work, it is a terrifying tale on the effects of passion – and it also includes hallucinations. Though her acts are motivated by greed for love, and not greed for power.
Definitely not a woman and a novella you can easily forget! With a terrible and powerful ending as well!
I read it in the edition of The Enchanted Wanderer, and I really want to read the 16 other novellas included in the volume
END_OF_DOCUMENT_TOKEN_TO_BE_REPLACED