Brona, who blog about book at Brona’s Books, is also a fantastic photographer and loves traveling. She invited me to her Thursday Travels meme.
I don’t travel much, but I thought I could give it a try.

Today, Brona highlights green texture.
On the same trip when I visited Three Pines, I went to Mont Tremblant, one of the many national parks in Quebec. After a steady hike up and up and up, I was gratified with this amazing view. Unfortunately, it was cloudy, but I managed to wait for a bit of sun to catch this.
From up there, you can see several lakes connecting, and most interestingly, the forest from on top looked to me like a huge beautiful multi-colored broccoli. It was in October, at the peak of Fall colors.

This is actually much higher, this picture was taken with a bit of a zoom.

DO YOU LOVE TRAVELING
AND TAKE PICTURES?
JOIN BRONA AT
THURSDAY TRAVELS

Frenglish? The links will be either in English or in French

Gleanings? Anything I found personally interesting and worthy of being shared with all my readers

Pictures of readers around the world

DID YOU DISCOVER ANYTHING NEW HERE TODAY?
ANYTHING YOU RECENTLY DISCOVERED SOMEWHERE ELSE
AND THAT YOU WOULD LIKE TO SHARE?

To The End of The Land 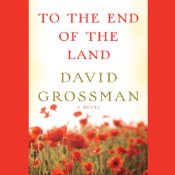 I was really impressed by this book. I give it Eiffel Tower #4, and not 5, only because 5 is “OMG, you have to read this NOW”, and I’m aware that over 26 hours of audio, or 581 pages maybe a bit too long for many readers.

Also, there’s not too much action going on. It is more an inner journey, in the memories and sorrows, and anguishes of Ora, as she hikes trying to escape what she believes to be the ineluctable dreadful news she is going to receive. And I will not tell you if she does indeed receive it.

This is an amazing perspective on the Israel-Palestine conflict, and as I write these lines, we are sadly going through another one, with more mothers going through what Ora went through. If you interested in what’s happening in this part of the world, you definitely need to read or listen to this book.

This book is hauntingly and sadly beautiful with its lyric dimension, as you really get to know the characters from the inside. At the end of the book, you discover what happened to the author’s son, and it makes the whole book even more touching and heartbreaking.

MY THOUGHTS ABOUT THE AUDIO PRODUCTION

Arthur Morey has the perfect voice to narrate this novel. Engaging while self-effaced, he manages to lead you to the inner beauty and despair of the characters, male or female. It is almost like reading poetry in some passages, and Morey’s voice is never boring when doing so. I believe this must be a difficult job of narrating this book, and Morey is definitely facing the challenge with great success. Even though this was over 25 hours, I could have gone on listening to Morey many more hours, just to remain the company of Ora.

From one of Israel’s most acclaimed writers comes a novel of extraordinary power about family life—the greatest human drama—and the cost of war.

Ora, a middle-aged Israeli mother, is on the verge of celebrating her son Ofer’s release from army service when he returns to the front for a major offensive. In a fit of preemptive grief and magical thinking, she sets out for a hike in the Galilee, leaving no forwarding information for the “notifiers” who might darken her door with the worst possible news. Recently estranged from her husband, Ilan, she drags along an unlikely companion: their former best friend and her former lover Avram, once a brilliant artistic spirit. Avram served in the army alongside Ilan when they were young, but their lives were forever changed one weekend when the two jokingly had Ora draw lots to see which of them would get the few days’ leave being offered by their commander—a chance act that sent Avram into Egpyt and the Yom Kippur War, where he was brutally tortured as POW. In the aftermath, a virtual hermit, he refused to keep in touch with the family and has never met the boy. Now, as Ora and Avram sleep out in the hills, ford rivers, and cross valleys, avoiding all news from the front, she gives him the gift of Ofer, word by word; she supplies the whole story of her motherhood, a retelling that keeps Ofer very much alive for Ora and for the reader, and opens Avram to human bonds undreamed of in his broken world. Their walk has a “war and peace” rhythm, as their conversation places the most hideous trials of war next to the joys and anguish of raising children. Never have we seen so clearly the reality and surreality of daily life in Israel, the currents of ambivalence about war within one household, and the burdens that fall on each generation anew.

Grossman’s rich imagining of a family in love and crisis makes for one of the great antiwar novels of our time. [Goodreads]

Leading Israeli novelist David Grossman (b. 1954, Jerusalem) studied philosophy and drama at the Hebrew University of Jerusalem, and later worked as an editor and broadcaster at Israel Radio. Grossman has written seven novels, a play, a number of short stories and novellas, and a number of books for children and youth. He has also published several books of non-fiction, including interviews with Palestinians and Israeli Arabs.

He has also been awarded the Chevalier de l’Ordre des Arts et Belles Lettres (France, 1998) and an Honorary Doctorate by Florence University (2008). In 2007, his novels The Book of Internal Grammar and See Under: Love were named among the ten most important books since the creation of the State of Israel. His books have been translated into over 25 languages. [Goodreads]