I plan to publish this meme every Thursday.
You can share here about any book
or anything cultural you just discovered related to France, Paris, etc.

Contrary to usual for Bernard Cornwell’s books, I can only give a 3rd on an Eiffel Tower to this book. Is it because it’s actually the 4th volume in the series on the Grail? 1356 did not grab me nor amazed me by its greatness.

The promise was exciting: we often talk about the Grail, but there are other mysterious objects surrounding this legend, one of them being a sword. La malice, that’s the name a mysterious sword receives here, is at the center of the story, and by trying to find it, to follow it, and see where it ends up, you will follow the characters up to the dreadful battle of Poitiers, that occurred on September 19, 1356 near Poitiers, between the English/Gascons and the French.

If you know well your French history, you know the outcome, but if not, I believe you will sit at the edge of your chair, wondering what’s going to happen, and who s going to win. Because for sure Bernard Cornwell IS a master when it comes to retelling battles.

The characters are very well defined, especially Thomas of Hookton and the Black Prince, and I liked following their antagonism, with all its repercussions on the history of France and England.

But the plot was a bit muddled for me, if you would excuse the pun wit the horrible circumstances of the battle, and going  into too many directions. Maybe that was the intention, to recreate some of the confusion of the time, but that did not work too well for me. I had the intention originally to read this Grail series by Cornwell, but I’m not sure now I really want to read volume 1.

September 1356. All over France, towns are closing their gates. Crops are burning, and through-out the countryside people are on the alert for danger. The English army—led by the heir to the throne, the Black Prince—is set to invade, while the French, along with their Scottish allies, are ready to hunt them down.

But what if there was a weapon that could decide the outcome of the imminent war?

Thomas of Hookton, known as le Batard, has orders to uncover la malice, the lost sword of Saint Peter, a blade with mystical powers said to grant certain victory to whoever possesses her. The French seek the weapon, too, and so Thomas’s quest will be thwarted at every turn by battle and betrayal, by promises made and oaths broken. As the outnumbered English army becomes trapped near Poitiers, Thomas, his troop of archers and men-at-arms, his enemies, and the fate of the sword converge in a maelstrom of violence, action, and heroism.

Rich with colorful characters, great adventure, and thrilling conflict, 1356 is a magnificent tale of how the quest for a holy relic with the power to change history may culminate in an epic struggle. [from the publisher]

Cornwell was born in London in 1944. His father was a Canadian airman, and his mother was English, a member of the Women’s Auxiliary Air Force. He was adopted and brought up in Essex by the Wiggins family, who were members of the Peculiar People, a strict Protestant sect who banned frivolity of all kinds and even medicine. After he left them, he changed his name to his mother’s maiden name, Cornwell.
Cornwell was sent away to Monkton Combe School, attended the University of London, and after graduating, worked as a teacher. He attempted to enlist in the British armed services at least three times, but was rejected on the grounds of myopia.
He then joined BBC’s Nationwide and was promoted to become head of current affairs at BBC Northern Ireland. He then joined Thames Television as editor of Thames News. He relocated to the United States in 1980 after marrying an American. Unable to get a Green Card, he started writing novels, as this did not require a work permit.
As a child, Cornwell loved the novels of C.S. Forester, chronicling the adventures of fictional British naval officer Horatio Hornblower during the Napoleonic Wars, and was surprised to find that there were no such novels following Lord Wellington’s campaign on land. Motivated by the need to support himself in the U.S. through writing, Cornwell decided to write such a series. He named his chief protagonist Richard Sharpe, a rifleman involved in most major battles of the Peninsular War.

Cornwell wanted to start the series with the Siege of Badajoz but decided instead to start with a couple of “warm-up” novels. These were Sharpe’s Eagle and Sharpe’s Gold, both published in 1981. Sharpe’s Eagle was picked up by a publisher, and Cornwell got a three-book deal. He went on to tell the story of Badajoz in his third Sharpe novel Sharpe’s Company published in 1982.
Cornwell and wife Judy co-wrote a series of novels, published under the pseudonym “Susannah Kells”. These were A Crowning Mercy, published in 1983, Fallen Angels in 1984, and Coat of Arms (aka The Aristocrats) in 1986. (Cornwell’s strict Protestant upbringing informed the background of A Crowning Mercy, which took place during the English Civil War.) He also published Redcoat, an American Revolutionary War novel set in Philadelphia during its 1777 occupation by the British, in 1987.
After publishing 8 books in his ongoing Sharpe series, Cornwell was approached by a production company interested in adapting them for television. The producers asked him to write a prequel to give them a starting point to the series. They also requested that the story feature a large role for Spanish characters to secure co-funding from Spain. The result was Sharpe’s Rifles, published in 1987 and a series of Sharpe television films staring Sean Bean.
A series of contemporary thrillers with sailing as a background and common themes followed: Wildtrack published in 1988, Sea Lord (aka Killer’s Wake) in 1989, Crackdown in 1990, Stormchild in 1991, and a political thriller called Scoundrel in 1992.
In June 2006, Cornwell was made an Officer of the Order of the British Empire in the Queen’s 80th Birthday Honours List.
Cornwell’s latest work is titled Azincourt and was released in the UK in October 2008. The protagonist is an archer who participates in the Battle of Agincourt, another devastating defeat suffered by the French in the Hundred Years War. However Cornwell has stated that it will not be about Thomas of Hookton from The Grail Quest or any of his relatives. [Goodreads]

To know more about Bernard Cornwell and his work, there’s an excellent article on wikipedia, and great interviews and book trailers on his own website.

HAVE YOU READ THIS SERIES?
DO YOU RECOMMEND ME TO READ VOLUME 1?
SHARE YOUR THOUGHTS  IN A COMMENT PLEASE

Just a reminder guys:
If you link your own post on France,
please if possible
include the title of the book or topic in your link:
name of your blog (name of the book title or topic):
example : me @ myblog (Camus)
Thanks!

I can’t wait to post my 2012 stats, but to have things in order, I first need to tell you a bit more about my December reading.

I read 9 books, 3 being non-fiction works.
Total of 1985 pages , that is 64 pages/day, not too good, bit considering all that’s going on in December, I’m happy with that.

And I listened to 1 audiobook, with a total of 7:28 hours, and an average of 14:15 mn/day.  Actually I’m in the middle of Désirée, a huge audiobook, so that’s why the total for December is not too high.

Mysteries:
Bruno and The Carol Singers, by Martin Walker [ebook]
Christmas at the Mysterious Bookshop, ed. by Otto Penzler
Murder on the Orient Express, by Agatha Christie

Nonfiction:
The Far Traveler: Voyages of a Viking Woman, by Nancy Marie Brown
House of Stone, by Anthony Shadid
Cliffs Notes on Shakespeare’s The Tempest, by Linda L. Hillegass

Plays:
The Tempest, by Shakespeare

Fiction:
Birds of a Lesser Paradise, by Megan Mayhew Bergman 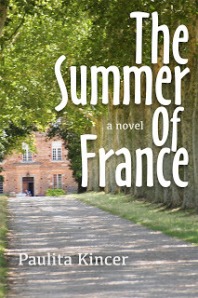 As you know, I’ve launched an exciting Reading Challenge for 2013: on books related to France.
We are already 19 on board, but you can join any time. Click on the link to lear more and join.

HAVE YOU READ ANY OF THE BOOKS MENTIONED IN THIS POST?

I have so so many books on my TBR and TBL, 361 right now, that I really need to do this challenge, though 12 books seem too low for me. Another blogger has something similar, with different peak levels, but I enjoy Adam’s company!