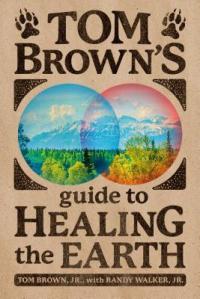 With the alarming situation of our planet, I always wonder what I can do to help at my little level. I thought Tom Brown’s Guide to Healing the Earth would provide me with answers. So I entered the giveaway, and I won!
END_OF_DOCUMENT_TOKEN_TO_BE_REPLACED

Wow, after three meh books, I hit the jackpot with this stunning work of science-fiction/sociology/foreign affairs. Yes, Supernova Era is all that, and so well orchestrated. Plus, it’s written by THE Chinese master of science-fiction, Liu Cixin, a nine-time winner of the Galaxy Award (China’s most prestigious literary science fiction award), among many other Chinese and international awards. END_OF_DOCUMENT_TOKEN_TO_BE_REPLACED

The Dream of the Red Chamber
by
Cao Xueqin

I have until end of May to read and review it. No big deal in itself, but I have lots of oher books to read for review at the same time.
I’m really curious, this is new territory for me.

According to Goodreads:
“It is one of China’s Four Great Classical Novels. It was composed in the middle of the 18th century during the Qing Dynasty. It is considered to be a masterpiece of Chinese vernacular literature and is generally acknowledged to be a pinnacle of Chinese fiction. “Redology” is the field of study devoted exclusively to this work.
The novel is remarkable not only for its huge cast of characters and psychological scope, but also for its precise and detailed observation of the life and social structures typical of 18th-century Chinese aristocracy.”

It’s never too late to challenge yourself to (re)discover the classics and connect and have fun with other Classics lovers. See what this is all about.

HAVE YOU READ THIS BOOK?
WHAT DID YOU THINK?
IF YOU ARE MEMBER OF THE CLASSICS CLUB,
WHAT IS YOUR #?