The Man in My Basement

Published in 2004 by Back Bay Books 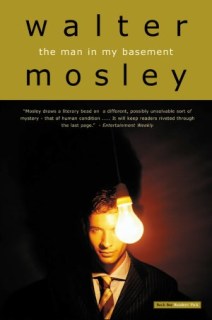 I enjoyed so much The Last Days of Ptolemy Grey at the beginning of 2011, that I thought I would read another one by the same author before the end of the year was over. I was disappointed by this one. The content  gets weirder and weirder, and darker and darker a mix of Faulkner and Kafka maybe, and I did not find the quality of writing I had found in the first book I read by him. The mind and feelings of characters were not as richly described. It id a lot about the nature of evil, about conscience as well. Kind of on the heavy side.

The Man in My Basement tells the story of Charles Blakey, a young black man who can’t find a job, drinks too much, and, worst of all, stands to lose the beautiful home that has belonged to his family for generations. But Charles’s fortunes take an odd turn when a stranger offers nearly $50,000 to rent out Charles’s basement-and soon, as the boarder transforms the basement into a prison cell, Charles finds himself drawn into circumstances almost unimaginably bizarre and profoundly unsettling. [goodreads]

Walter Mosley (born January 12, 1952) is a prominent American novelist, most widely recognized for his crime fiction.

Mosley has written a series of best-selling historical mysteries featuring the hard-boiled detective Easy Rawlins, a black private investigator and World War II veteran living in the Watts neighborhood of Los Angeles; it is perhaps his most popular work.

Mosley has written over 20 books in a variety of categories, including non-mystery fiction, afrofuturist science fiction and non-fiction politics, and has been translated into 21 languages.

Mosley holds an honorary doctorate from the City College of New York, is on the Board of Trustees for Goddard College, and has served on the board of directors of the National Book Awards.

This relatively short novel asks a lot of its readers–more so, even, than Mosley’s Easy Rawlins mysteries or more serious fiction, plays, and essays. His two unlikely (and largely unlikable) heroes are left to tackle such huge questions as the nature of evil and redemption, guilt and punishment, power, ambition, and America’s role in the world. Some critics found that the book did not dig deep enough or come close enough to offering any concrete conclusions, and they criticized the overly philosophical dialogue. Others felt that Mosley masterfully integrated his powerful prose with a provocative, page-turning story that constitutes nothing less than a masterpiece. Where some saw emptiness, others found brilliance. Maybe that’s the point. [bookmarks magazine/amazon]

HAVE YOU READ THIS BOOK YET?
DO YOU FEEL LIKE READING THIS BOOK?
DO YOU HAVE A FAVORITE BOOK BY MOSLEY?
SHARE YOUR THOUGHTS  IN A COMMENT PLEASE