Here are the books I plan to read from. Some I’m currently reading.

No daily challenges will be hosted on our blog. Instead, we’ll have reading-in-place times!
Reading-in-place times, or reading sprints, happen daily on Twitter. If you don’t have Twitter, make note of these times and report your reading progress on your platform of choice.
There may be events also on Discord

Here are the books I plan to read from. Some I’m currently reading.

No daily challenges will be hosted on our blog. Instead, we’ll have reading-in-place times!
Reading-in-place times, or reading sprints, happen daily on Twitter. If you don’t have Twitter, make note of these times and report your reading progress on your platform of choice.
There may be events also on Discord

📚 The Future of Buildings, Transportation, and Power,
by Roger Duncan and Michael E. Webber
Published in July 2020
See my latest words about it here.

📚 The Archipelago of Another Life/ L’Archipel d’une autre vie, by Andreï Makine
Published in French in 2016
Published July 11th 2019 by MacLehose Press

Buddy read with Carol from Cas d’intérêt. Bilingual Q&A on her blog and mine. I will try to post about next part later on today!

📚 Monet & Oscar, by Joe Byrd
Release date: May 1st, 2021
Am reading for France Book Tours
There are still review copies available: click on the link or on the book cover to get your free copy!

“At the end of WWI, Oscar, an American soldier in a French Army hospital, learned of his mother’s death while recovering from his war wounds. He remained in France to search for his father, an Impressionist painter, whose identity his mother never revealed. Through curious circumstances, he’s hired to be a gardener for Claude Monet.   Oscar jumped at the opportunity to further his landscaping career by working in Monet’s world-famous garden at Giverny. He hoped the most renowned Impressionist could help him find his father.
Monet, tired and disheartened by his ailing health and deteriorating eyesight, took Oscar along on visits to his previous painting venues and allowed him to meet some of his art-world friends. These meetings provided insights into Monet’s life and art and clues to Oscar’s father’s identity.
On a train returning from Paris to Giverny, Oscar met and fell in love with Isabelle, a beautiful young American artist, who introduced him to the emerging 1920’s fashions and mores. She is the daughter of one of Monet’s major American clients, which interests him. Over Monet’s daughters’ objections, Isabelle and Oscar become regular guests at family gatherings as their infatuation blossoms into a unique love affair. Oscar’s past, present, and future collide in a way that he could not have anticipated.” 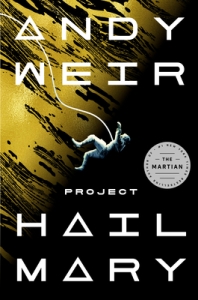 📚 People Like Them, by Samira Sedira
Expected publication: July 6, 2021, by Penguin Books
Will be reading for Criminal Element

“A prizewinning psychological suspense novel inspired by a true story about a couple in an insular French village whose lives are upended when a family of outsiders moves in.
Everything started one Saturday in July of 2015…
Anna and Constant Guillot live with their two daughters in the peaceful, remote mountain village of Carmac, largely deaf to the upheavals of the outside world. Everyone in Carmac knows each other, and most of its residents look alike–until Bakary and Sylvia Langlois arrive with their three children.
Wealthy and flashy, the family of five are outsiders in the small town, their impressive chalet and three expensive cars a stark contrast to the modesty of those of their neighbors. Despite their differences, the Langlois and the Guillots form an uneasy, ambiguous friendship. But when both families begin experiencing financial troubles, the underlying class and racial tensions of their relationship come to a breaking point, and the unthinkable happens.
With piercing psychological insight and gripping storytelling, People Like Them asks: How could a seemingly normal person commit an atrocious crime? How could that person’s loved ones ever come to terms with it afterward? And how well can you really know your own spouse?”

📚 The Andromeda Strain, by Michael Crichton
Published in 1969
Julie Anna at Julie Anna’s Books and I really enjoyed our buddy read experience on Before the Coffee Gets Cold, so we decided to do it again, this time with science-fiction. Let us know if you are planning to read it with us, we will be starting on May 10.

“The United States government is given a warning by the pre-eminent biophysicists in the country: current sterilization procedures applied to returning space probes may be inadequate to guarantee uncontaminated re-entry to the atmosphere.
Two years later, seventeen satellites are sent into the outer fringes of space to collect organisms and dust for study. One of them falls to earth, landing in a desolate area of Arizona.
Twelve miles from the landing site, in the town of Piedmont, a shocking discovery is made: the streets are littered with the dead bodies of the town’s inhabitants, as if they dropped dead in their tracks.“

📚 Project Hail Mary, by Andy Weir
Expected publication: May 4th 2021 by Ballantine Books
Review ecopy received through Netgalley
My experience with Andy Weir went form 5 stars for The Martian, to 2 to Artemis, so I’m giving him another chance.

“Ryland Grace is the sole survivor on a desperate, last-chance mission–and if he fails, humanity and the earth itself will perish.
Except that right now, he doesn’t know that. He can’t even remember his own name, let alone the nature of his assignment or how to complete it.
All he knows is that he’s been asleep for a very, very long time. And he’s just been awakened to find himself millions of miles from home, with nothing but two corpses for company.
His crewmates dead, his memories fuzzily returning, he realizes that an impossible task now confronts him. Alone on this tiny ship that’s been cobbled together by every government and space agency on the planet and hurled into the depths of space, it’s up to him to conquer an extinction-level threat to our species.
And thanks to an unexpected ally, he just might have a chance.
Part scientific mystery, part dazzling interstellar journey, Project Hail Mary is a tale of discovery, speculation, and survival to rival The Martian–while taking us to places it never dreamed of going.”

📚 If all goes well, I will also read:
Cinq cartes brûlées, by Sophie Loubière, with one of my French students
La Disparition, by Georges Perec, with another French student
Coraline, by Neil Gaiman, with a friend
Languages of Truth: Essays 2003-2020, by Salman Rushdie, received for review
History in English Words, by Owen Barfield, for The Classics Spin #26 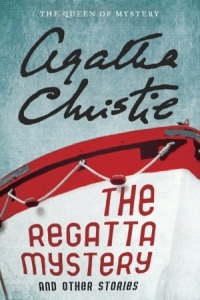 📚 The Regatta Mystery and Other Stories (Hercule Poirot #21) by Agatha Christie
Published in 1939
Part of my project to listen to all of HP, for The Classics Club

“A collection of nine of Agatha Christie’s intriguing short stories.
Mr. Parker Pyne must recover a priceless diamond which disappears during a dinner party trick; Hercule Poirot proves that a crowd is the best cloak for a murder, and Miss Marple solves a baffling crime by the fireside. And there are six more good ones in this anthology of mystery tales.
The stories are: 1. The Regatta Mystery, 2. The Mystery of the Baghdad Chest, 3. How Does Your Garden Grow, 4. Problem at Pollensa Bay, 5. Yellow Iris, 6. Miss Marple Tells a Story, 7. The Dream, 8. In a Glass Darkly, and 9. Problem at Sea.”

📚 Sad Cypress (Hercule Poirot #22) by Agatha Christie
Published in 1940
Part of my project to listen to all of HP, for The Classics Club

“Beautiful young Elinor Carlisle stood serenely in the dock, accused of the murder of Mary Gerrard, her rival in love. The evidence was damning: only Elinor had the motive, the opportunity and the means to administer the fatal poison.Yet, inside the hostile courtroom, only one man still presumed Elinor was innocent until proven guilty: Hercule Poirot was all that stood between Elinor and the gallows…”

📚 I will probably also listen to Hercule Poirot #23 and #24; plus at least 5 Biblical books (Zechariah, Malachai, Isaiah, Jeremiah, Baruch), and a French audiobook.

HAVE YOU READ
OR ARE YOU PLANNING TO READ
ANY OF THESE?
WHAT ARE YOUR READING PLANS FOR MAY?