These last two weeks have been tough and very busy too.
So I didn’t post last Sunday, and not much since either.
And slow reading, only 3 books finished in 2 weeks, instead of the usual 3 per week…

Yesterday, for our cultural breakfast, we washed Episode 5 of The Blue Planet documentary. 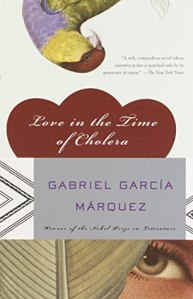 📚  Love in the Time of the Cholera, by Gabriel García Márquez
Published in 1985
Read for The 2022 Books in Translation Reading Challenge
and The Classics Club

Fabulous ! About love, hope, nostalgia. And many vices as well!
Florentino and Fermina fall in love in their teens, but Fermina ends up marrying someone else.
Still, Florentino doesn’t despair and waits…
I won’t say more.
The writing is fabulous, with excellent descriptions of characters and background, and even hilarious passages (on a parrot, for instance).
Wonderful analysis of characters, with all their qualities and dark sides. Florentino, among others, is definitely not a saint, and there are some reprehensible parts in his life. But it doesn’t negate the fact that Garcia Marquez is a stunning author.
I also liked how he evoked life passing by.
I shared on Instagram a short passage I really liked.

I would like to add that this book is very different in style and content from One Hundred Years of Solitude, where you have a long saga over generations. None of that here, and the story is very easy to follow. So if you were discouraged by it, give a chance to Love in the Time of Cholera.

I so enjoyed Gilman’s series with Mrs Pollifax, so I decided to listen to this one.
Madame Karitska is a very kind, human, and compassionate woman, just like Emily Pollifax.
This was a neat book, easy but with richly depicted characters.
And we have here a very unusual duo: Madame Karitska is a clairvoyant, who can “read” your life by holding an object you own. With her talents, she helps Detective Pruden, who is at first very skeptic, as his last name seems to hint. Then a nice friendship develops between them. The book is a collection of cases they solve together.
After reading a heavy and dark nonfiction, this positive audiobook was quite refreshing.
The narrator is not the fabulous Barbara Rosenblat (Emily Pollifax), but Ruth Ann Phimister, who is just as excellent!

🎧  A Nun in the Closet, by Dorothy Gilman
224 pages/6H37
Narrated by Roslyn Alexander
Published in 1975
Cozy Mystery

And then I listened to the last audiobook that had been on my audio shelf for a while!

This was quite enjoyable.
The abbey receives the anonymous gift of an old mansion. Two sisters are sent there to see what the house looks like. When the two sisters arrive, they discover a wounded person there. Their trip now gets filled with all kinds of unexpected adventures and meetings…
Great plot, with a couple of strong willed and smart nuns.
Some passages are very funny too.
The neat thing too is that it’s presented with lots of respect for religion. Sister John’s strong faith is often highlighted.
Alas, our society has changed a lot, and I doubt anyone would write that type of stories today, highlighting the same Christian values in a mystery.

📚  After the Romanovs: Russian Exiles in Paris from the Belle Époque Through Revolution and War, by Helen Rappaport
March 8th 2022 by St. Martin’s Press
Ecopy received for review

Really enjoying the author’s writing. Full of lots of information. Some passages are so awfully close to what our current world is going through right now…

“Paris has always been a city of cultural excellence, fine wine and food, and the latest fashions. But it has also been a place of refuge for those fleeing persecution, never more so than before and after the Russian Revolution and the fall of the Romanov dynasty. For years, Russian aristocrats had enjoyed all that Belle Époque Paris had to offer, spending lavishly when they visited. It was a place of artistic experimentation, such as Diaghilev’s Ballets Russes. But the brutality of the Bolshevik takeover forced Russians of all types to flee their homeland, sometimes leaving with only the clothes on their backs.
Arriving in Paris, former princes could be seen driving taxicabs, while their wives who could sew worked for the fashion houses, their unique Russian style serving as inspiration for designers like Coco Chanel. Talented intellectuals, artists, poets, philosophers, and writers struggled in exile, eking out a living at menial jobs. Some, like Bunin, Chagall and Stravinsky, encountered great success in the same Paris that welcomed Americans like Fitzgerald and Hemingway. Political activists sought to overthrow the Bolshevik regime from afar, while double agents from both sides plotted espionage and assassination. Others became trapped in a cycle of poverty and their all-consuming homesickness for Russia, the homeland they had been forced to abandon.
This is their story. ”

📚 The Year of My Life, by Kobayashi Issa
Published in 1973
Reading for The Japanese Literature Challenge 15
The 2022 Books in Translation Reading Challenge
and The Classics Club

An autobiography in haibun – a mixed form of haiku and prose.
I am still in the (excellent) introduction for now. I only found it as a pdf, and I can’t highlight passages, so I take many notes on paper, which slows down the reading.

🎧 L’Aiguille creuse, by Maurice Leblanc
Published in English as The Hollow Needle
224 pages/7H36
Narrated by Philippe Colin
Published in 1909
Mystery

I started listening to Code Lupin, by Michel Bussi. Then I quickly realized it was focusing on L’Aiguille creuse [The Hollow Needle]. I had only read the first book on Arsène Lupin, so I decided to stop Bussi to listen to this classic first. It’s actually #3 in the Arsène Lupin series.
A succession of events lead to a mysterious castle. The whole plot focuses on a battle of the minds between the brilliant Arsène Lupin and Isidore, a young student in rhetoric.
The style is older of course (1909), and sometimes over dramatic, but still I am enjoying the plot and the characters. There are funny references to “Herlock Sholmes”, lol. Hmm, I see that in the English translation, they twisted it into Holmlock Shears. Too bad.
I was surprised when I understood the meaning of the title, which of course cannot actually be properly translated inti English.
The narrator is great at doing so many different voices. There are also background sound effects, like for a play. 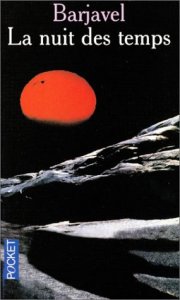 📚 La Nuit des temps, by René Barjavel
Published in English as The Ice People
Published in 1968
Will be reading with one of my French students
and for The Classics Club
Science fiction

One of my French students likes science fiction, so we are going to read this classic together. I will probably start reading it tonight.
Here is for you the official synopsis in English, which reveals too much, as too often:

“When a French expedition in Antarctica reveals ruins of a 900,000 year old civilization, scientists from all over the world flock to the site to help explore & understand. The entire planet watches via global satellite tv, mesmerized, as they uncover a chamber in which a man & a woman have been in suspended animation since, as the French title suggests, ‘the night of time’. The woman, Eléa, is awakened. Thru a translating machine she tells the story of her world, herself & her husband Paikan & how war destroyed her civilization. She also hints at an incredibly advanced knowledge her still-dormant companion possesses, knowledge that could give energy & food to all humans at no cost. But the superpowers of the world are not ready to let Eléa’s secrets spread, & show that, 900,000 years & an apocalypse later, humankind has not grown up & is ready to make the same mistakes again.”

A kind of variation on the world of Proust.

📚  NO BOOK RECEIVED THIS PAST WEEK 📚 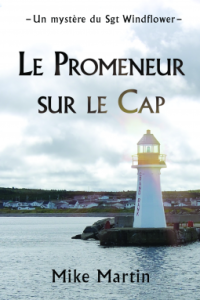 BOOK IN FRENCH AVAILABLE FOR REVIEW

Request today, review whenever you want.
And win credits towards gift cards!

HAVE YOU READ ANY OF THESE BOOKS?
HOW WAS YOUR WEEK?