November is a major month for book bloggers: it’s Nonfiction November (the links send you to the host) and Novellas in November. I’ll be participating in these.
And I’m co-hosting a read-along on The Satanic Verses by Salman Rushdie!
But it’s also German Literature Month and SciFiMonth!
And on top of that, if you are also a writer, there’s of course Nanowrimo. 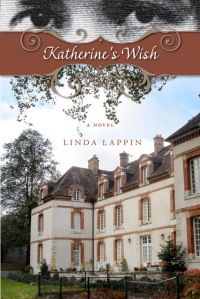 📚 The Satanic Verses, by Salman Rushdie
Published in 1988

I’m co-hosting a read-along on this with Marianne (at Let’s Read).
On Monday, we posted questions and answers before starting reading.
Feel free to read with us, comment on our posts, or create your own blog posts.

“Just before dawn one winter’s morning, a hijacked jetliner explodes above the English Channel. Through the falling debris, two figures, Gibreel Farishta, the biggest star in India, and Saladin Chamcha, an expatriate returning from his first visit to Bombay in fifteen years, plummet from the sky, washing up on the snow-covered sands of an English beach, and proceed through a series of metamorphoses, dreams, and revelations.”

📚 Katherine’s Wish, by Linda Lappin
Re-released in 2021. Review copy received through France Book Tours.
Click here to get your own copy (you can review it in your own time) and/or to enter the giveaway

“In this dramatic, fictional retelling of New Zealand writer Katherine Mansfield‘s final years, and of the events which led up to her meeting with P.D. Ouspensky and G. I Gurdjieff, novelist Linda Lappin transports the reader like a time traveler into Mansfield’s intimate world.
Scrupulously researched and richly evocative, the novel has been praised by Mansfield scholars as “creative scholarship.”
With vivid detail and beautiful language and style, Lappin has built on journals, letters, and diaries to fashion a true-to-life mosaic, using themes, motifs, and methods of Mansfield’s own writing.
Katherine’s Wish celebrates Mansfield’s deep love of life and its final message is a life-affirming one of joy and of wholeness achieved.”

📚  Ficciones, by Jorge Luis Borges
Published in 1944
Started reading with The World’s Literature Goodreads Club, it was their October selection.
I will keep reading. It counts for The Classics Club and the Books in Translation Challenge.

“The seventeen pieces in Ficciones demonstrate the whirlwind of Borges’s genius and mirror the precision and potency of his intellect and inventiveness, his piercing irony, his skepticism, and his obsession with fantasy. Borges sends us on a journey into a compelling, bizarre, and profoundly resonant realm; we enter the fearful sphere of Pascal’s abyss, the surreal and literal labyrinth of books, and the iconography of eternal return. To enter the worlds in Ficciones is to enter the mind of Jorge Luis Borges, wherein lies Heaven, Hell, and everything else in between.”

📚 The Invention of Morel, by Adolfo Bioy Casares
Published in 1940
Will be reading for Novellas in November hosted by 746books, and for The Classics Club

“Jorge Luis Borges declared The Invention of Morel a masterpiece of plotting, comparable to The Turn of The Screw and Journey to the Center of the Earth. Set on a mysterious island, Bioy’s novella is a story of suspense and exploration, as well as a wonderfully unlikely romance, in which every detail is at once crystal clear and deeply mysterious.
Inspired by Bioy Casares’s fascination with the movie star Louise Brooks, The Invention of Morel has gone on to live a secret life of its own. Greatly admired by Julio Cortázar, Gabriel García Márquez, and Octavio Paz, the novella helped to usher in Latin American fiction’s now famous postwar boom. As the model for Alain Resnais and Alain Robbe-Grillet’s Last Year at Marienbad, it also changed the history of film.”

📚 A Man Lay Dead (Roderick Alleyn #1), by Ngaio Marsh
Published in 1934
Will be reading for The Classics Club. This is the book I got for Spin #28.

“At Sir Hubert Handesley’s country house party, five guests have gathered for the uproarious parlor game of “Murder.” Yet no one is laughing when the lights come up on an actual corpse, the good-looking and mysterious Charles Rankin. Scotland Yard’s Inspector Roderick Alleyn arrives to find a complete collection of alibis, a missing butler, and an intricate puzzle of betrayal and sedition in the search for the key player in this deadly game.” 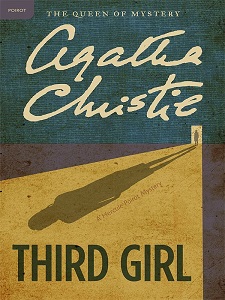 🎧 Third Girl (Hercule Poirot #40), by Agatha Christie
Published in 1966 – Part of my project to listen to all of HP, for The Classics Club

“Three young women share a London flat. The first is a coolly efficient secretary. The second is an artist. The third interrupts Hercule Poirot’s breakfast confessing that she is a murderer—and then promptly disappears.
Slowly, Poirot learns of the rumors surrounding the mysterious third girl, her family, and her disappearance. Yet hard evidence is needed before the great detective can pronounce her guilty, innocent, or insane.”

🎧 Hallowe’en Party (Hercule Poirot #41), by Agatha Christie
Published in 1969 – Part of my project to listen to all of HP, for The Classics Club

Almost perfect timing! I prefer to read them in order, so I didn’t make it happen that way.
After that one, only 6 left in the series! Or maybe less, I need to check if I actually listened to some stories in previous collections.

“A teenage murder witness is drowned in a tub of apples… At a Hallowe’en party, Joyce—a hostile thirteen-year-old—boasts that she once witnessed a murder. When no-one believes her, she storms off home. But within hours her body is found, still in the house, drowned in an apple-bobbing tub. That night, Hercule Poirot is called in to find the ‘evil presence’. But first he must establish whether he is looking for a murderer or a double-murderer…”

🎧 I will probably listen to 3 other books with Hercule Poirot.

BOOKS AVAILABLE TO REVIEW
1 more book coming on November 4!
Get them now, review in your own time!

HAVE YOU READ
OR ARE YOU PLANNING TO READ
ANY OF THESE?
WHAT ARE YOUR READING PLANS FOR NOVEMBER?