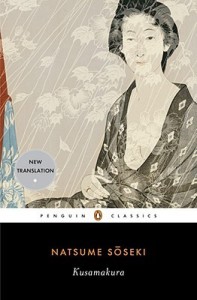 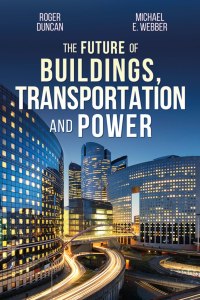 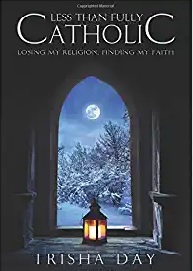 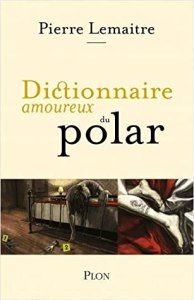 📚 Kusamakura, by Natsume Soseki
Published in 1906
Reading for Japanese Reading Challenge 14, Books in Translation Challenge, and for The Classics Club

“”Natsume Sōseki’s Kusamakura follows its nameless young artist-narrator on a meandering walking tour of the mountains. At the inn at a hot spring resort, he has a series of mysterious encounters with Nami, the lovely young daughter of the establishment. Nami, or “beauty,” is the center of this elegant novel, the still point around which the artist moves and the enigmatic subject of Sōseki’s word painting. In the author’s words, Kusamakura is “a haiku-style novel, that lives through beauty.” Written at a time when Japan was opening its doors to the rest of the world, Kusamakura turns inward, to the pristine mountain idyll and the taciturn lyricism of its courtship scenes, enshrining the essence of old Japan in a work of enchanting literary nostalgia.”

📚 The Future of Buildings, Transportation, and Power,
by Roger Duncan and Michael E. Webber
Published in July 2020

See my latest words about it here.

📚 Less Than Fully Catholic: Losing My Religion, Finding My Faith, by Trisha Day
Published in 2018, by a friend of mine

“”Less than fully Catholic.” Some bishops use the phrase pejoratively to describe those who struggle to find a place in the Church today. But for Trisha Day, to be less than fully Catholic is to reconcile what is harmful about the Church with what is beautiful and life-giving about it by looking for the wisdom buried beneath the Church’s questionable doctrines and antiquated liturgical language. In describing her struggles with Catholicism, Day focuses on what she has learned in the process of questioning her religion, as well as on what the Church’s great contemplative monastic tradition has taught her about what is genuinely sacred in life and the responsibilities we all have to one another, Catholics and non-Catholics alike. Less Than Fully Catholic affirms the importance of doubt as well as the necessity of confronting what we do not believe about religion in order to discover what it means to be a person of faith.”

See my latest words about it here. 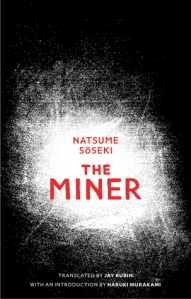 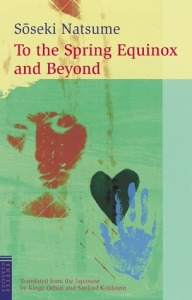 📚 The Miner, by Natsume Soseki
Published in 1908
Will be reading for Japanese Reading Challenge 14, Books in Translation Challenge, and for The Classics Club

“The Miner is the most daringly experimental and least well known novel of the great Meiji novelist Natsume Soseki (1867-1916). Written in 1908, it is an absurdist novel about the indeterminate nature of human personality, which in many respects anticipates the work of Joyce and Beckett. Virtually devoid of plot and characterization, it unfolds entirely within the mind of the unnamed protagonist. Focusing on a young man whose love life has fallen to pieces, The Miner follows him as he flees from Tokyo, is picked up by a procurer of cheap labor for a copper mine, and then travels toward – and finally burrows into the depths of – the mine where he hopes to find oblivion. The young man reflects at length on nearly every thought and perception he experiences along the way, in terms of what the experience means to him at the time and in retrospect as a mature adult narrating the tale. The narrator concludes that there is no such thing as human character, and the many passages in which he ruminates on the nature of personality constitute the theoretical core of the book. The intellectual distancing carries over into the style of writing as well, and instead of a tragedy of alienation, we find here an absurdist – truly absurd and comical – allegory of descent into the psyche.”

📚 To the Spring Equinox and Beyond, by Natsume Soseki
Published in 1910
Will be reading for Japanese Reading Challenge 14, Books in Translation Challenge, and for The Classics Club

“Legendary Japanese novelist Soseki Natsume dissects the human personality in all its complexity in this unforgettable narrative. Keitaro, a recent college graduate, lives a life intertwined with several other characters, each carrying their own emotional baggage. Romantic, practical, and philosophical themes enable Soseki to explore the very meaning of life.“

I actually already listened to two short Bible audiobooks yesterday: The Book of the Song of Songs, and The Book of Wisdom. 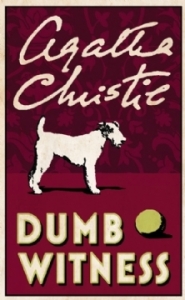 📚 Cards on the Table (Hercule Poirot #15) by Agatha Christie
Published in 1936
Part of my project to listen to all of HP, for The Classics Club

“A flamboyant party host is murdered in full view of a roomful of bridge players… Mr Shaitana was famous as a flamboyant party host. Nevertheless, he was a man of whom everybody was a little afraid. So, when he boasted to Poirot that he considered murder an art form, the detective had some reservations about accepting a party invitation to view Shaitana’s private collection. Indeed, what began as an absorbing evening of bridge was to turn into a more dangerous game altogether…”

📚 Dumb Witness (Hercule Poirot #16) by Agatha Christie
Published in 1937
Part of my project to listen to all of HP, for The Classics Club

“Everyone blamed Emily’s accident on a rubber ball left on the stairs by her frisky terrier. But the more she thought about her fall, the more convinced she became that one of her relatives was trying to kill her. On April 17th she wrote her suspicions in a letter to Hercule Poirot. Mysteriously he didn’t receive the letter until June 28th… by which time Emily was already dead”

Review copies available throughout March:
The first two for book tours,
the third one to read and review at your own pace!

📚 More reading for The Japanese Reading Challenge (January-March)
📚 Post my last review of RockRidgePress books, and start catching up for reviews of books read in 2020.

HAVE YOU READ
OR ARE YOU PLANNING TO READ
ANY OF THESE?
WHAT ARE YOUR READING PLANS FOR MARCH?