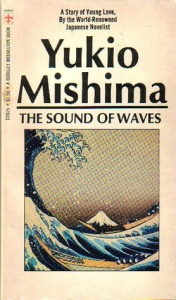 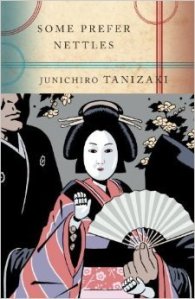 📚The Sound of Waves (1954), by Yukio Mishima
Published in 1954
Reading for Japanese Reading Challenge 14, for Books in Translation Challenge, and for The Classics Club
Purchased at a library book sale

This was my first book by Mishima, and I definitely plan to read more. It’s about the love story between Shinji, a young fisherman and Hatsue. They are both innocent in their own way, an innocence that other kids and some people have a hard time imagining. But the two of them stay strong through the gossip and unjustified slander.
This was a very refreshing story, a glimpse of hope on human nature.
There are also beautiful descriptions of nature, often in parallel with the life of their hearts. Hence you can interpret the title at different levels. The expression is found a few times throughout the book. I like the passage where you read it for the first time:

📚Some Prefer Nettles(1928), by Jun’ichirō Tanizaki,
For The Japanese Reading Challenge, for the Books in Translation Challenge, and for The Classics Club
Received as gift from Lucy at The Fictional 100

Now this one is a very different type of Japanese novel.
At the first level, it’s about the married life of Kaname and Misako. They no longer feel any physical attraction to each other, so even if they have a peaceful relationship, they plan on divorcing (besides, Misako often sees another man, with Kaname’s agreement). The problem is, they have a real hard time taking the final step to actually divorce, partly because of their young son, but mostly because of their inner inertia, a word repeated several times throughout the book, for both characters (on page 181 for Misako).
Kaname experiences inertia in other areas of his life, like for instance about deciding to visit Europe or not (page 170).
So if you want action and movement, this book is not for you. Most of the book is about debating with each other or in each’s heart if and when they are going to divorce.

But the book is actually more complex than that, and it’s just as much a cultural portrait of the Japan of the time, with the conflict between ancient and modern, young and old; between cities open or not to Western influence; between the subtlety of Tokyo society and the more direct and simple behavior of inhabitants of Osaka (I wonder if there’s still such a difference – if you know, please tell me in a comment).
This is all very well explained in the introduction by the translator Edward G. Seidensticker  (Vintage International edition).
It’s also apparently heavily autobiographical.

I also learnt a lot about Bunraku puppet theatre, There are many long scenes when the characters go to watch shows. I had to read more about it and watch a few videos to understand more about these very tall and expressive puppets – nothing to do with Western puppets.

According to wikipedia, “The Japanese title of the novel is literally water pepper-eating bugs, and is the first half of the Japanese saying tade kuu mushi mo sukizuki (蓼食う虫も好き好き), or “Water pepper-eating bugs eat it willingly”, equivalent to the English “Each to his own.”
The translation as Some Prefer Nettles was chosen by Edward Seidensticker. Cf. “Every worm to his taste; some prefer to eat nettles.” 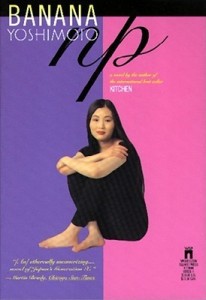 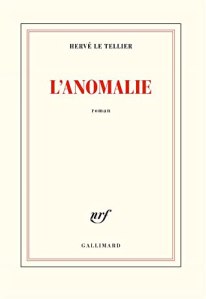 📚 NP, by Banana Yoshimoto
Published in 1990
Reading for Japanese Reading Challenge 14 and for Books in Translation Challenge,
Purchased at a library book sale

I can’t believe I have only read one book by Yoshimoto, The Lake, and that was 10 years ago!
I’m too early in the book to compare with that one, which ambiance has actually stayed with me.

““Bananamania” has returned in an enchanting new novel of uncanny subtlety, style, magic and mystery that Frank Ramirez of the South Bend Tribune declares is “every bit as good as Yoshimoto’s first book … perhaps better.” A celebrated Japanese writer has committed suicide, leaving behind a collection of stories written in English, N.P. But the book may never be published in his native Japan: each translator who takes up the ninety-eighth story chooses death too — including Kazami Kano’s boyfriend, Shoji. Haunted by Shoji’s death, Kazami is inexorably drawn to three young people whose lives are intimately bound to the late writer and his work. Over the course of an astonishing summer, she will discover the truth behind the ninety-eighth story — and she will come to believe that “everything that had happened was shockingly beautiful enough to make you crazy.”

I love the diversity in the writing, but not seeing yet where this is going. 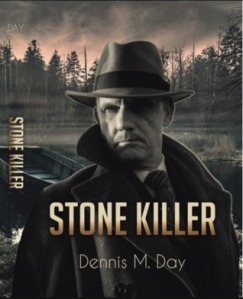 I’m all set for what I had planed to read this month for challenges, so I’m glad to do a free pick on my shelf, and I’m really eager to see what my friend did with this.

“It’s 1931 and Mike Peeters, a hitman for the mob, has a contract to murder Al Capone’s traitorous accountant and a talkative stoolie. When a young couple witness the crime, Mike coerces them into becoming his protégés. As Mike prepares for his next contract—the murder of Al Capone—he introduces Gus and Hannah to the seamy underworld of the mob. But someone is on to his plans. As Mike eludes attempts on his own life, Gus and Hannah are drawn deeper and deeper into a dangerous world of snitches, dirty cops, labor rackets, and vicious warfare between mobster gangs. Just below the surface is the taut attraction between Mike and the woman he has taken under his wing. As he races to identify the snitch who hounds his every step, Mike hopes it’s not Hannah he’ll have to murder in the end.” 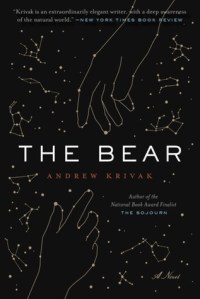 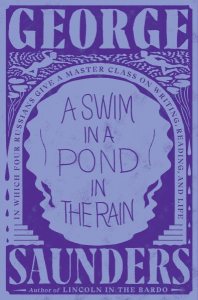 “From National Book Award in Fiction finalist Andrew Krivak comes a gorgeous fable of Earth’s last two human inhabitants and a girl’s journey home.
In an Eden-like future, a girl and her father live close to the land in the shadow of a lone mountain. They own a few remnants of civilization: some books, a pane of glass, a set of flint and steel, a comb. The father teaches his daughter how to fish and hunt and the secrets of the seasons and the stars. He is preparing her for an adulthood in harmony with nature, for they are the last of humankind. But when the girl finds herself alone in an unknown landscape, it is a bear that will lead her back home through a vast wilderness that offers the greatest lessons of all, if she can learn to listen. A cautionary tale of human fragility, of love and loss, The Bear is a stunning tribute to the beauty of nature’s dominion.”

📚 A Swim in the Pond n the Rain, by George Saunders
Published January 12th 2021 by Random House

I had no idea Saunders had been teaching Russian short-story.

“From the New York Times bestselling, Booker Prize–winning author of Lincoln in the Bardo and Tenth of December comes a literary master class on what makes great stories work and what they can tell us about ourselves—and our world today.
For the last twenty years, George Saunders has been teaching a class on the Russian short story to his MFA students at Syracuse University. In A Swim in a Pond in the Rain, he shares a version of that class with us, offering some of what he and his students have discovered together over the years. Paired with iconic short stories by Chekhov, Turgenev, Tolstoy, and Gogol, the seven essays in this book are intended for anyone interested in how fiction works and why it’s more relevant than ever in these turbulent times.
In his introduction, Saunders writes, “We’re going to enter seven fastidiously constructed scale models of the world, made for a specific purpose that our time maybe doesn’t fully endorse but that these writers accepted implicitly as the aim of art—namely, to ask the big questions, questions like, How are we supposed to be living down here? What were we put here to accomplish? What should we value? What is truth, anyway, and how might we recognize it?” He approaches the stories technically yet accessibly, and through them explains how narrative functions; why we stay immersed in a story and why we resist it; and the bedrock virtues a writer must foster. The process of writing, Saunders reminds us, is a technical craft, but also a way of training oneself to see the world with new openness and curiosity.
A Swim in a Pond in the Rain is a deep exploration not just of how great writing works but of how the mind itself works while reading, and of how the reading and writing of stories make genuine connection possible..”

BOOK RECEIVED THIS PAST WEEK 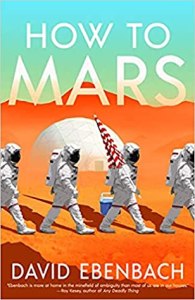 📚 How to Mars, by David Ebenbach
Expected publication: May 25, 2021 by Tachyon Publications
Received through Edelweiss Plus

“What happens when your dream mission to Mars is a reality television nightmare? This debut science-fiction romp with heart follows the tradition of Ray Bradbury’s Martian Chronicles, with a dash of The Hitchhiker’s Guide to the Galaxy, and a hint of The Real World.
For the six lucky scientists selected by the Destination Mars! corporation, a one-way ticket to Mars—in exchange for a lifetime of research—was an absolute no-brainer. The incredible opportunity was clearly worth even the most absurdly tedious screening process. Perhaps worth following the strange protocols in a nonsensical handbook written by an eccentric billionaire. Possibly even worth their constant surveillance, the video of which is carefully edited into a ratings-bonanza back on Earth.
But it turns out that after a while even scientists can get bored of science. Tempers begin to fray; unsanctioned affairs blossom. When perfectly good equipment begins to fail, the Marsonauts are faced with a possibility that their training just cannot explain.
Irreverent, poignant, and perfectly weird, David Ebenbach’s debut science-fiction outing, like a mission to Mars, is an incredible trip you will never forget.”

📚 Book of the month giveaway
📚 Book available for free this month!
📚 Subscribe to my Newsletter, and win a book each month!
Here is a sample, with link for subscription at the bottom