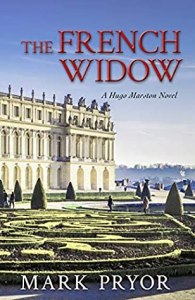 The book opens with the killer talking in the present tense on his/her train trip to his/her family mansion in Paris where a big party is going to take place. [NB: his/her? Nothing to do with gender issues. It’s just that we don’t know for a very long time if the killer is a man or a woman. Sometimes a grammar difference is a grammar difference , lol]
I really liked this presentation of the outskirts of Paris, definitely very ugly when you arrive by train, like I guess many other cities, Chicago being another example I have experienced.

The outskirts of Paris glide past my train window, filling it with concrete apartment blocks and warehouses interspersed with streets of cramped, brick row houses. Streaks of rain cut jagged paths through the grime and I wish they wouldn’t, because I don’t like to see this part of the city. Not just because it’s ugly. The city’s heartbeat is the river Seine, which brings tourists, products, services, everything you need to live, it brings it all to and through the very center of the city. Tourists, to lovers, all are drawn to the water like mosquitoes to a stagnant pond, they hold hands and gaze at the river, hang those stupid pad-locks of love on its bridges. There’s not a romance born or experienced in this city that hasn’t involved a picnic by the river, or a soulful gaze over its sparkling waters at night. On the flip side, fifty bodies are dragged out of the river Seine every year, in Paris alone. One a week. How many float through unnoticed, or sink to the bottom, never to be seen again?

The killer shares more of his/her thoughts throughout the book.

So from the start we know this person is going to kill somebody in the family. But this is a large family, so don’t worry, you won’t be able to guess too soon who did what to whom, nor why. Plus, the family has had a few murders already in its past history, so anyone on the list is a potential killer.

Then we have our investigator Hugo, at the right place at the right time, preventing a shooter from killing many people in a Paris park. This attracts the media to him, which he hates. But details about that killer and his weapon make the case more complex, and possibly dangerous for Hugo.

As Hugo goes to the Lambourd family to investigate an incident, things get more complicated for everyone, including for the killer, who may need to get rid of Hugo if he’s getting too close to the truth of what happened.

I liked a lot of descriptions about Paris, and the alternation between the events and the killer’s reflections.

As for the characters of the Lambourd family, they are all quite despicable. This definitely makes it more difficult to identify the killer, as really it could be any of them. So this part was well done.
However, I found the book a bit slow, with too many things going on.
The double plot didn’t work well for me here. And I kept wondering if, how, and when they would intersect. I believe this could have actually made two separate good books.
And I realize this was actually my main critique of Pryor’s previous book as well!

I found lots of details about some characters not really necessary.

Moreover, the final crime details seemed very extreme compared to the rest of the ambiance of the book.
So, this was an ok mystery, definitely not my favorite by Mark Pryor.
A few lines at the end of the book make me hope the next one will be very good.

VERDICT:  Nice potential, but muddled by the double plot.

HAVE YOU READ THIS BOOK?
What’s your favorite mystery set in Paris?
SHARE YOUR THOUGHTS  IN A COMMENT PLEASE

In full compliance with FTC Guidelines, I received this ebook free of charge from the publisher. I was in no way compensated for this post as a reviewer, and the thoughts are my own.

Leave a Reply to Carol A Seidl Cancel reply