📚  Le Pendu de Saint-Pholien, [The Hanged Man of Saint-Pholien] which is Maigret #4, by Georges Simenon, read with one of my French students.

This time, the book is not set in France, but at the border between Germany and The Netherlands.
Maigret follows a man that seems to be dong something suspicious, and then he witnesses the man committing suicide. This is another way of presenting his inspector as a anti-hero, as Maigret understands he’s probably the one to blame: the man must have killed himself because of Maigret’s tracking him and its consequence.
The first chapter on the cat-mouse chase is really good!
And then obviously, Maigret can only follow his investigation to know what was really going on.
Like in book 3, there’s some identity issue at play. But I was totally unable to guess what this was all about. And the “arrival” of the hanged man of the title was a surprise.

I really enjoy more and more how Simenon manages to recreate the ambiance of places. And some of his descriptions of characters and of their looks are excellent as well.
Some details given make you really see a scene, like Maigret thinking and chewing on the end of his pipe between two sentences he’s writing down. It’s almost cinematographic.
Same for some very intense scenes near the end of the novel with all the main characters gathered in the same room. This may make you think of Poirot’s denouements, but no, this is all about ambiance.

📚 Theological Territories, by David Bentley Hart
Expected publication: 4/15/2020 by University of Notre Dame Press
Received through review through Edelweiss.
I’m going to try to review it this week

📚 Lessons from Walden: Thoreau and the Crisis of American Democracy, by Bob
Expected publication: March 30th 2020 by Pepperman Taylor
Received for review through Edelweiss Plus.

I am actually just starting this one.
I really enjoyed Walden last year, so I thought it might be good to revisit it this year through this analysis:
“Throughout this original and passionate book, Bob Pepperman Taylor presents a wide-ranging inquiry into the nature and implications of Henry David Thoreau’s thought in Walden and Civil Disobedience.
As Taylor says in his introduction, ” Walden is a central American text for addressing two of the central crises of our time: the increasingly alarming threats we now face to democratic norms, practices, and political institutions, and the perhaps even more alarming environmental dangers confronting us.”
Taylor pursues this inquiry in three chapters, each focusing on a single theme: chapter 1 examines simplicity and the ethics of “voluntary poverty,” chapter 2 looks at civil disobedience and the role of “conscience” in democratic politics, and chapter 3 concentrates on what “nature” means to us today and whether we can truly “learn from nature”–and if so, what does it teach?
Taylor considers Thoreau’s philosophy, and the philosophical problems he raises, from the perspective of a wide range of thinkers and commentators drawn from history, philosophy, the social sciences, and popular media, breathing new life into Walden and asking how it is alive for us today.”

📚 Hardboiled Wonderland and the End of the World, by Haruki Murakami
This is the book we are reading now in our online Murakami book club.

We had to read the first 6 sections this week.
After Norwegian Wood, it’s a relief to find again the real Murakami, with some weird settings, making you wonder where you are at: in reality, almost, or not at all. And there are some hilarious details at the same time.

And I’m still listening to the latest book by Michel Bussi
📚 Au Soleil redouté
An author has invited five women to a writing workshop on The Marquesas islands, and now he has disappeared. Is it part of the writing prompts? Or is he dead? drowned? Murdered?
So far, the audio is a bit confusing, because I’m not yet able to identify completely whose writing journals we are reading. It would have been great to have different narrators for this one. I may have to read it after I listen to it. Or it might be just as confusing in the writing text, as the authoris great at tricking his readers.

And I’m currently listening as well to The Book of Numbers.

This is a collection of short essays by a German Benedictine monk.

📚 The Sleeping Lord, by David Jones
Published in 1974

I found reference to this book in the collection of theological essays I’m reading. I’m intrigued by this modernist poet. Have you read anything by him?
“‘The Sleeping Lord is perhaps the best introductory volume to Jones’s work; the contours can be seen most clearly here, and the textures, though rich, are less elaborate than in The Anathemata, since there is an open, dramatic quality running through the book.’ Peter Scupham, New Statesman.
Published months before David Jones’s death in 1974, and modestly presented by the author himself as a collection of ‘fragments’, The Sleeping Lord continued the exploration of themes begun by its predecessors In Parenthesis and The Anathemata. Set mainly in different parts of the Roman Empire, either in the Holy Land or on the Celtic fringes, animated by his Catholic faith and by his own experiences as a soldier, formidably erudite and of a visionary intensity, the book springs from a lifetime’s concern with questions of history, culture and religion. Mysterious, musical and alive with a sense of the wilderness and the elements, the poems show the startling development of Jones’s imagination in his later years.”

📚 Tokyo Performance, by Roger Pulvers
Published on 11/23/2018
Recommended by Davida

“Tokyo Performance is set in the pre-internet age, brilliantly captures the zeitgeist of Japan at the time. In this riveting, entertaining and wholly poignant tale, a Japanese celebrity receives a phone call while live on air that will change his life forever.
Nori, a high profile Tokyo-based celebrity chef with his own weekly television show, is famous and beloved and he knows it – but he’s about to put in his strangest performance.
Award-winning writer, playwright and film director, Roger Pulvers, brings his love and deep fascination for Japanese culture to Tokyo Performance, a funny and, at times, tragic story, which explores the cost of fame.”

BOOKS RECEIVED THIS PAST WEEK 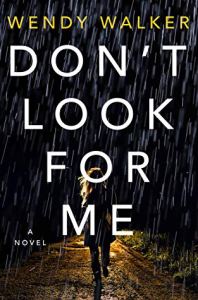 📚 Don’t Look For Me, by Wendy Walker
Expected publication: 9/15/2020 by St. Martin’s Press
Received for review for Criminal Element.
Too bad the picture doesn’t do justice to the cover. The rain (? I assume) is actually all silvery and embossed. It really create a gorgeous. effect.

I have really enjoyed Wendy Walker’s three previous books, for instance The Night Before, so I’m really looking forward to this one.
“The greatest risk isn’t running away.
It’s running out of time.
The car abandoned miles from home.
The note found at a nearby hotel.
The shattered family that couldn’t be put back together.
They called it a “walk away.”
It happens all the time.
Women disappear, desperate to leave their lives behind and start over.
But is that what really happened to Molly Clarke?”

“Turn your 6th grader into a real word wizard with these vocab-boosting challenges.
Improving vocabulary is essential for young readers, so why not help them power up? The Vocabulary Workbook for 6th Grade is packed with fun activities that help kids learn new terms perfectly suited for their current reading level!
Each weekly lesson in this vocabulary workbook focuses on a handful of words, reinforcing what they mean and how they’re used over a series of different activities, like determining a word’s definition based on usage, exploring its roots, or finding synonyms and antonyms. Get ready to be wowed―your 6th grader is about to develop an outstanding vocabulary!”

This past week for the first week of Lent, in the Christian Orthodox Church.
The first week is intense, with prayer services every night. So my reading time got reduced by half, and I focused more on spiritual reading. And didn’t really take time to write much for this journal. So here are just a few notes.

3/2
📚 The last part of Theological Territories, by David Bentley Hart, is fascinating and much easier to understand. These essays focus on his recent translation of The New Testament.
Some of these pages are fascinating and real eye openers, like the one about how the Our Father reads in Greek, and what it really meant before the spiritualization we made of it. DBH focuses on the words, and the meaning of these words in the time and culture when they were written, using other works written around the same time, to better understand their real meaning.
📚 In keeping with this special week, and especially today, Clean Monday, I didn’t listen to my current French thriller (Au Soleil redouté), but instead started listening to The Book of Numbers.

3/3
📚 Theological Territories
📚 I started reading to the second half of Le Pendu de Saint-Pholien. To be sure I’m done when I have my next class with my French student, for our readalong.

3/4
📚 Theological Territories
📚 I finished Le Pendu de Saint-Pholien. See my review above.
📚 With my online Murakami book club, we will start our conversation on Hard-boiled Wonderland and the End of the World on Sunday 3/8. So I started reading a few sections.

3/6
📚 Theological Territories
📚 I finished section 6 of Hard-boiled Wonderland and the End of the World.
So I’m ready for our Sunday conversation.

📚 Book of the month giveaway: The Missing Sister 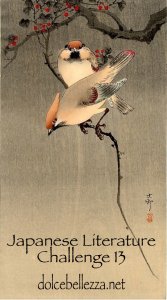