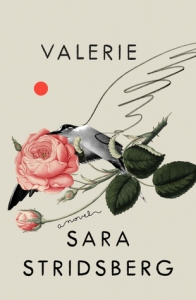 Tomorrow April 18, I’ll post here the shortlist our Shadow Panel came up with for the Man Booker International 2019.
I was part of this adventure four years ago, but at the time I DNFed a lot of the books longlisted.
This time, I managed to read 12 out of the 13 books. And to be a better judge, I refrained from DNFing the three books I found quite bad, including Valerie (US title) or The Faculty of Dreams (UK title), one that I found absolutely horrible.
On a regular basis, I would never finish such a book, and certainly not bother taking time to present it on my blog, but as it’s part of this adventure, I feel I have to.
Another unusual feat for me is also that I presented to you these 12 books in good time.

Here is what it’s about:

In April 1988, Valerie Solanas—the writer, radical feminist, and would-be assassin of Andy Warhol—was discovered dead at fifty-two in her hotel room, in a grimy corner of San Francisco, alone, penniless, and surrounded by the typed pages of her last writings.
In Valerie, Sara Stridsberg revisits the hotel room where Solanas died; the courtroom where she was tried and convicted of attempting to murder Andy Warhol; the Georgia wastelands where she spent her childhood, where she was repeatedly raped by her father and beaten by her alcoholic grandfather; and the mental hospitals where she was shut away. Through imagined conversations and monologues, reminiscences and rantings, Stridsberg reconstructs this most intriguing and enigmatic of women, articulating the thoughts and fears that she struggled to express in life and giving a powerful, heartbreaking voice to the writer of the infamous SCUM Manifesto.

I hated the milieu described, and the disgusting descriptions given (I have never read a book with the word ‘vomit’ repeated so many times), related to sex and mental illness, and both combined, as far as drugs, prostitution, rape, and child abuse. That’s whoredom, fornication, child abuse, and dysfunctional families to the max. And insane extreme feminism.

As I was painfully reading, a new genre came to mind, I would call it “Literary filth-tion”.
I constantly felt assaulted, and many passages did make me want to throw up, for real!

Sorry, I won’t give you any quotation.  At this point, inserting an excerpt would feel like soiling my blog.

There were some tries at different literary forms: dialogs, alternate narration across several periods with back and forth, list of paragraphs following the alphabet, with I assume the letter corresponding to some words of that paragraph in Swedish, though I’m not that sure, as I believe the translator would have tried to make it more apparent. I would hope. If not, what’s the point, I have no idea.

Some readers were ecstatic because some elements of Solanas’s life were changed, like her city in Georgia is described as being in the desert, and there’s no such thing in the State of Georgia. I don’t understand either why such a modification would be literary so fascinating.

As members of the shadow panel, we were recommended to judge each book at three levels: writing, content, longevity.
The only points I could give it refer to longevity, in the sense that I’m definitely not ready to forget it. It has indeed entered my record as the worst book I have ever read!
I’m grateful to the official judges for not including it in their shortlist.

Did it deserve to be on the MBI2019 shortlist?
Are you kidding? Why do you even ask!

VERDICT: Simply the most awful book I have ever read.

HAVE YOU READ THIS BOOK?
For a change, tell me about a great book you read recently
SHARE YOUR THOUGHTS  IN A COMMENT PLEASE