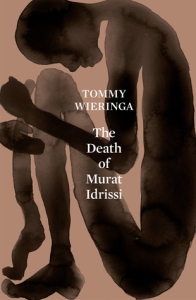 Of the last three books of the Man Booker International 2019 longlist I plan to present here, today is the last one I found good enough to be on my own personal shortlist. The Death of Murat Idrissi offers a powerful look at the very dramatic issues of immigration in France.

The title leaves no doubt: Murat’s family will pay a huge price to offer him a chance to leave his poor Moroccan shanty-town and restart life in France, but he won’t make it through the dangerous journey.
If in the US, we are very familiar with the tragic incidents of immigrants trying to cross the southern border, many may not know that the situation is very grim for migrants trying to cross the Mediterranean Sea to reach France.
A 2015 Le Monde article revealed the following data:

“According to estimates in a report by the International Organization for Migration on the movements of migration in the world, 22,000 migrants have died trying to reach Europe since 2000, mainly when crossing the Mediterranean Sea. This is an average of 1,500 deaths per year. In 2014, more than 75% of migrants who died in the world perished in the Mediterranean Sea.”

Technically, Murat doesn’t die by drowning, but in a manner (I won’t reveal it to you) that deftly combines aspects of migration between Africa and France, and France and England, in the way migrants try to hide to cross the Channel.

Murat’s destiny is associated in the novel to that of two Moroccan girls who have made it and have been living a rather protected life in the Netherlands for a while. When they go back to visit their country of origin, they discover it holds lots of misery.
Both girls react differently, thus revealing different positions towards poor countries or countries of origin. A young man they meet manages to convince them to help Murat on his journey to France, as they will return to France and the Netherlands all together.

I really enjoyed the many layers in this short book: the way the fate of migrants was described; the business and big money made by those who see an opportunity in promising a new life to the poor; the ways those who have made it to the other side may react to their country of origin; and the picturing of misery in Algeria in general:

Everything multiplies exponentially beneath the burning sun. Flies, dogs, people, bacteria in the meat hanging outside in the alleyways. The stomach linings of cows hanging in bluish strips, the flayed carcasses of rams, testicles still attached. One day she had vomited briefly and violently next to a pile of rotting garbage, beside a gate in the casbah; more often she was made only a little nauseous by all the manifestations of poverty she saw. The rotting, the cripples, their wounds, the filth. It was everywhere — it was the natural state of everything.
Chapter 2

The detailed description, addressing so many senses, of what happens to Murat is extremely powerful not only to evoke his fate, but the fate of migrants in general.

I’m sad this book was not kept in the official shortlist, and it may not make it either on our Shadow Panel shortlist (come here on Thursday to see our shortlist), as I think it’s so much more relevant than Celestial Bodies.
But maybe you need to be French, and to have African members in your family, as I am and do, to really measure the power of this punchy novel.

HAVE YOU READ THIS BOOK?
Any other good novel on migration?
SHARE YOUR THOUGHTS  IN A COMMENT PLEASE

4 thoughts on “Book review: The Death of Murat Idrissi”