Buy the set on Amazon

Books 1-3 of the Jamie Quinn Mystery Series! Including:

“Death by Didgeridoo“-Winner of the Indie Book of the Day award. Reluctant lawyer, Jamie Quinn, still reeling from the death of her mother, is pulled into a game of deception, jealousy, and vengeance when her cousin, Adam, is wrongfully accused of murder. It’s up to Jamie to find the real murderer before it’s too late. It doesn’t help that the victim is a former rock star with more enemies than friends, or that Adam confessed to a murder he didn’t commit.

“The Case of the Killer Divorce“-Reluctant lawyer, Jamie Quinn, has returned to her family law practice after a hiatus due to the death of her mother. It’s business as usual until a bitter divorce case turns into a murder investigation, and Jamie’s client becomes the prime suspect. When she can’t untangle truth from lies, Jamie enlists the help of Duke Broussard, her favorite private investigator, to try to clear her client’s name. And she’s hoping that, in his spare time, he can help her find her long-lost father.

“Peril in the Park“-There’s big trouble in the park system. Someone is making life difficult for Jamie Quinn’s boyfriend, Kip Simons, the new director of Broward County parks. Was it the angry supervisor passed over for promotion? The disgruntled employee Kip recently fired? Or someone with a bigger ax to grind? If Jamie can’t figure it out soon, she may be looking for a new boyfriend because there’s a dead guy in the park and Kip has gone missing! With the help of her favorite P.I., Duke Broussard, Jamie must race the clock to find Kip before it’s too late.

A preview of the next Jamie Quinn Mystery, “Engaged in Danger,” can be found at the end of the book. 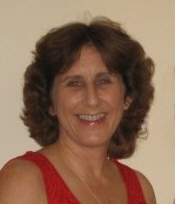 -Three-time winner of the “Indie Book of the Day” Award

-Honorable Mention in the Readers’ Favorite Contest for Non-Fiction Humor

Anyone can participate,
as long as you can redeem e-books through amazon,
or audiobooks thorugh audible