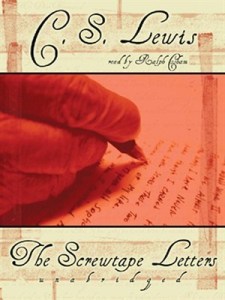 The Screwtape Letters has been waiting on my shelves for a while, plus it’s a classic, so this was a double good reason to read it soon.
As I have already mentioned here earlier, I was extremely sad to discover Ralph Cosham had passed away  and I could no longer enjoy his narration of Louise Penny’s series. Curious, I checked what other great books Ralph narrated in his younger days – yes, I have sometimes listened to a book not because of its author or topic, but because of the narrator! Among the list, I was thrilled to discover The Screwtape Letters. It had to be my next audiobook.

Another classic that totally blew me away!
It’s a collection of 31 letters written by Screwtape, an elder demon, addressed to his young nephew Wormwood who is learning the trade. The messages are infused by his wisdom at tempting humans and by advice, warnings and expressions of disappointment, as Wormwood is having a hard time attracting a young man in his net.
Even though the book was published in 1942, the opening feels almost shockingly relevant today, more than ever. 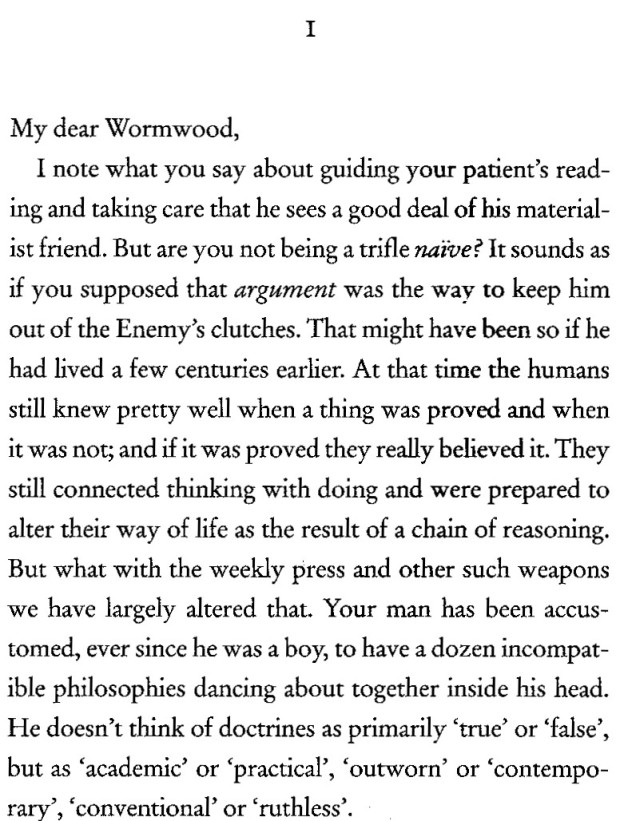 Our modern society seems indeed to have totally lost the real sense of truth. These days, what’s true is basically what the media tell me is true. If I could read a piece of news and know I could trust it to present facts, that would be fine. But that is no longer the case.
Decades ago, back in France, I followed some classes where we studied how ads twist reality to make you feel the need to buy this and that. Now, with even more performing image editing, and even video editing, you can no longer trust what you see.

I recently saw an amazing short video where a famous political figure seemed to be saying something outrageous and illogical. If you watch it without thinking, your reaction is, what a bad guy, look, he even said that! If you look more closely at his words, you realize the frames had a split second cut – so well done, that the subject and the object of the same sentence seemed to flaw naturally, to make him say what he actually didn’t say.

A piece of news was recently the focus of a group of people on social media: it seemed the Pope had taken the defense of a person whose values are totally anti-Christian. A person I know said, look, that guy has to be good, even the Pope is in his favor! We tried to explain that no, the article was a total fake. Even though it was indeed presented as a real newspaper article (it was indeed well done), the Pope had never said nor written the words quoted. The person was very confused and could not go beyond the idea that if it quoted the Pope, it meant those were truly the Pope’s words.

Truth has been distorted. It has too often become a subjective concept: the truth has become what I feel is true and good for me, or a power tool to influence others to my benefit.

Beyond all the possible natural and catastrophic  events potentially endangering our planet, I came to realize this is actually the most scary thing for me. If we have distorted truth (originally for the sake of power maybe) to the point that we can no longer recognize the difference between good and evil, between true and false, it means our own conscience has been polluted, and this can possibly be something totally new for humanity. I recently watched this very enlightening video on the topic.

To come back to C.S. Lewis, I really appreciated that he didn’t mince his words and did not hesitate to speak up on those big issues.

Another major topic which seems to be so current these days is education. Under the pretext of making education democratically open and accessible to all, we have lowered down so much the common denominator that it’s become appalling.

I recently talked to a 10-year old home-schooled girl. She had gone to a meeting with other children her age. The others attended “regular” schools. She was actually the only one in the group, not only being able to write in cursive, but even able to READ something written in cursive.
But let’s read what C.S. Lewis had to say on it. This is Screwtape giving a toast (last part of the book, after the letters): 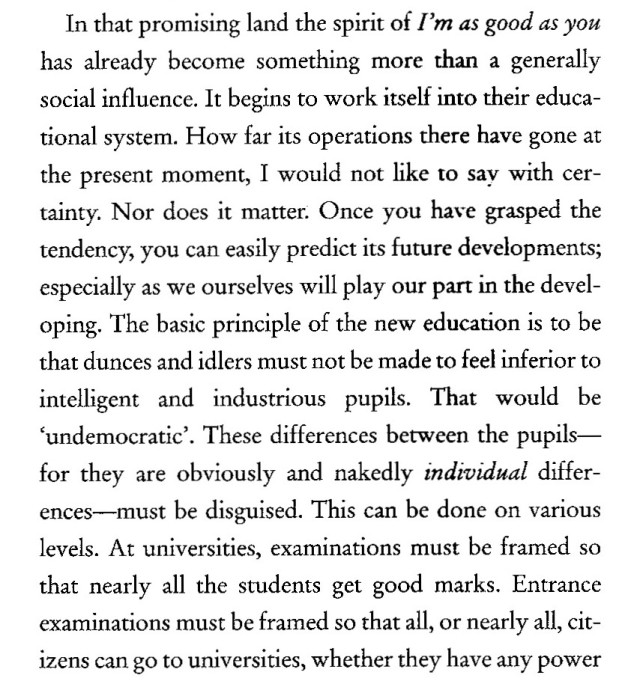 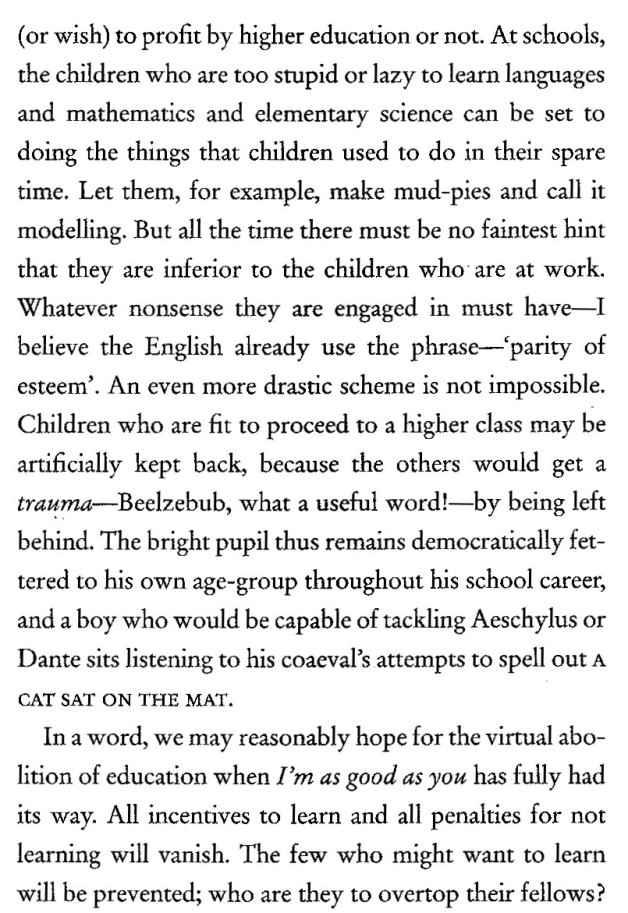 The danger of the disappearance of education seems to be even more possible these days when people are openly criticized on the public place for begin “intellectuals.” It is true that if people are taught how to think, they will be much less easily governed.

There were also enlightening passages on “the historical Jesus“!

And I really enjoyed letter 15 on “the present moment“, the one thing the devil is trying to have us escape, as this is the only place where we can encounter salvation. And we have so many ways to avoid it in our modern days, jumping from one activity to the next, because OMG, what would happen to us if we had one minute of doing nothing?, constantly sending pictures or text messages, filling our surrounding with noise (sometimes called music), because we can no longer bear silence.

I felt challenged by many lines in this book, while chuckling at the same time at the author’s right-on-target humor. This is definitely a book I would love to read again, maybe with a few Christians as a basis for reflection during Lent? It is that good, I’m serious!

Audio performance:
As usual, Ralph Cosham is superb in his narration. He is just as natural and comfortable in the shoes of a quiet and compassionate cop, trying to connect with people and investigate the truth despite his personal ordeals, than in those of a demon. His tone was perfect to convey the satire of the work. Lewis’s blunt words were even more powerful through Cosham’s down to earth and direct intonations.

VERDICT: Powerful and enlightened satire on modern society. Written in the 1940s, its every word remains an invitation to reassess our view of the good, the beautiful, and the true.