The Rivals of Versailles

As actually many other kings, Louis XV (1710-1774) has had quite a collection of mistresses. He even managed the feat to have four blood sisters, as recounted by Sally Christie in The Sisters of Versailles. Then it was the turn of a unique woman: la Marquise de Pompadour. This is what volume two, The Rivals of Versailles is about. And it is superb!

The book really covers almost of Jeanne-Antoinette Poisson‘s life, from the age of 9 to her death. The legend is that a gypsy predicted she would become the lover of a king. Taking it seriously, her mother started calling her “reinette” (little queen) and decided to give her an exclusive education, including singing, dancing, and history. And Jeanne began dreaming of that day as well.

She married the count of Étiolles, which happened to be one of the royal hunting grounds, and Louis XV had a passion for hunting (not just women!). After some arrangement with Richelieu (whose “job” it was to supply mistresses for the king), they did meet, and that was the beginning of it all.

Now, there was a major problem for the time: Jeanne was a mere bourgeois, not a noble. Imagine, even her name betrayed her low social origin, “poisson” meaning “fish” in French.

The author does a fantastic job at showing the different facets of this challenge as the woman tried to be, if not welcomed, at least respected at court. But the king seemed to be totally in love, and he soon gave her the title of Marquise de Pompadour.
What’s really amazing, and shows Jeanne’s astuteness and strength, is that she gained more and more power and ended up working as the right hand of the king, giving him advice even in war matters.
As a way of preventing the king from being bored, and of keeping him interested in her, she even started a theater company at court, hence launching a whole craze for theater all over France.
She really laid the emphasis on culture – which actually could have been even more illustrated in the book. She knew very famous people and authors like Voltaire, a very important mind of the time. One day, two Austrian prodigies, Wolfgang and his sister Maria Anna, were introduced to her.

Choosing to hardly ever talk about her husband count Étiolles and the queen herself,  Christie deftly shows the impact la Pompadour had on the king’s life and the court of the time, for so many years, despite the fact that at first, everyone thought she would only be a passing fancy of the king, because of her low social origins.

But if Étiolles and Marie Leczinska were both “inconsequential” (chapter 21), that was definitely not the case for other rivals, potential replacements of Jeanne as the main, official mistress. Well, she also had her powerful and efficient ways of dealing with that type of danger, or with any person threatening her one way or another, be it with slander printed in pamphlets.
I’m not sure where the scenes with names sent at the bottom of la Pompadour’s fishbowl come from, but it is indeed her who had the unusual “poisson (again!) rouge” (yes we call it the “red fish” in French) introduced in France – after having read about the Scheherazade story with the “goldfish”.

Like in the previous novel of the series, the narrative is accelerated by letters inserted at the end of each chapter, exchanged mostly between la Pompadour and other characters, enriching the book with more day to day perspectives.
Jeanne is the main narrator for the most part of the book. But I found it very well done that suddenly, Act III and V are narrated by other women: giving them first voice in narration makes potential and multiplying rivals seem even more powerful and threatening.

Notice the historical novel is not divided into chapters, but acts, echoing Jeanne’s love for acting probably, but possibly also to illustrate the fact that the court looks more often than not like a stage. Even people would line up to come and watch the royals have their meals, while they themselves were often starving (see chapter 66).
We are still far away from 1789, but indeed many difficulties begin to surface, and the discontent of the people towards the monarchy is already dangerously looming. This aspect is also very well rendered in the writing, through small but persistent mentions throughout the book.

Apart from a great description of life at court, of the social environment (where women were often used as mere pawns), of the European context (seven year war with Prussia), you can also learn all kinds of interesting trivia, like for instance the origin of “la mayonnaise” (mayo)!

VERDICT: Superb presentation of life at the court of Louis XV, and how a mere bourgeois mistress ended up being the famous and powerful Marquise de Pompadour, right hand of the king, defender of culture, and redoubtable to all potential rivals.

In this scandalous follow-up to Sally Christie’s clever and absorbing debut, we meet none other than the Marquise de Pompadour, one of the greatest beauties of her generation and the first bourgeois mistress ever to grace the hallowed halls of Versailles. The year is 1745. Marie-Anne, the youngest of the infamous Nesle sisters and King Louis XV’s most beloved mistress, is gone, making room for the next Royal Favorite.

Enter Jeanne-Antoinette Poisson, a stunningly beautiful girl from the middle classes. Fifteen years prior, a fortune teller had mapped out young Jeanne’s destiny: she would become the lover of a king and the most powerful woman in the land. Eventually connections, luck, and a little scheming pave her way to Versailles and into the King’s arms.

All too soon, conniving politicians and hopeful beauties seek to replace the bourgeois interloper with a more suitable mistress. As Jeanne, now the Marquise de Pompadour, takes on her many rivals—including a lustful lady-in-waiting; a precocious fourteen-year-old prostitute, and even a cousin of the notorious Nesle sisters—she helps the king give himself over to a life of luxury and depravity. Around them, war rages, discontent grows, and France inches ever closer to the Revolution.

Enigmatic beauty, social climber, actress, trendsetter, patron of the arts, spendthrift, whoremonger, friend, lover, foe. History books may say many things about the famous Marquise de Pompadour, but one thing is clear: for almost twenty years, she ruled France and the King’s heart.

Sally Christie
is the author of The Sisters of Versailles.
She was born in England and grew up around the world,
attending eight schools in three different languages.
She spent most of her career working
in international development and currently lives in Toronto.

Learn more about the sisters and the mistresses in the Versailles trilogy on her website
Become a fan to hear about her next novels!

Global giveaway open to US residents only:
5 participants will each win a print copy of this book.

HAVE YOU READ THIS BOOK?
What do you find interesting about
La Pompadour?
SHARE YOUR THOUGHTS  IN A COMMENT PLEASE 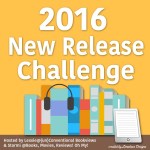 10 thoughts on “Book review and giveaway: The Rivals of Versailles – I love France 187”