Today, my Teasers are from 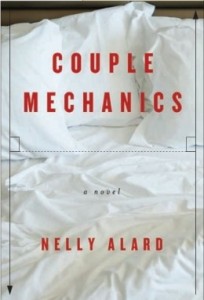 Click on the book cover to know more about it

Surely not, she said, turning toward him and lowering her arm, tired of waiting. I don’t want to know a thing. Not where or when or how. I don’t even want to know her name.

We’ll get to it one day, we’re bound to, he insisted. Right from the start, in the back of my mind I’ve thought that I’d be able to talk to you about it later. I still think one day that’ll be possible
page 17

At once sexy and feminist, this is a story of a woman who decides to fight for her marriage after her husband confesses to an affair with a notable politician

Juliette, a computer engineer, and Olivier, a journalist, have two young children and the busy lives of a modern Parisian couple. When Olivier confesses to having an affair, Juliette’s world is shattered.

How do you survive betrayal? Can a broken couple ever be united again? What lengths would you go to in order to save your marriage? These are the questions that this novel, with great intelligence, honesty, and humor, tries to answer. In its acute depiction of intimacy, Couple Mechanics exposes the system of forces at work in a marriage, the effects of the inevitable ebb and flow of desire, and the difficulty of being a man today.

Scroll down and Sign up
to receive their latest news and deals.

Anyone can play along! Just do the following:

• Grab your current read
• Open to a random page
• Share two (2) “teaser” sentences from somewhere on that page
• BE CAREFUL NOT TO INCLUDE SPOILERS!
(make sure that what you share doesn’t give too much away!
You don’t want to ruin the book for others!)
• Share the title & author, too,
so that other TT participants can add the book to their TBR Lists
if they like your teasers!