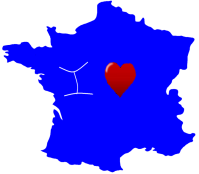 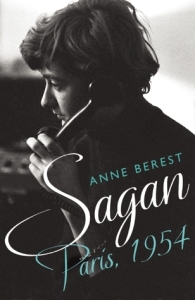 As a faithful reader of Words And Peace, you know you can expect all kinds of books here. Today, I’d like to present a rather unusual one. As you can see from the title, Sagan, Paris 1954, it is about a very famous French woman. See what the hype was all about back then in 1954 when she published Bonjour Tristesse.
By the way, this is so weird the English title of Sagan’s novel is actually the French title. For me, it does not make any sense, as in the first paragraph of the book the English translator uses the word sorrow to translate tristesse in the text, but not in the title.
Anyway, this was just my translator rant, but the book I’m presenting today is not Bonjour Tristesse, but about it.

The book was rather unusual for me, as I could not put it in a very specific genre category. The author Berest writes herself,

It is to be neither a biography, nor a journal, nor a novel. Let’s just call it a story.
p.24

Personally, it actually felt a bit of the three at the same time, and I have to admit that was a very uncomfortable experience for me. But those days, book bloggers seem to focus on the necessity of diversity in reading, so that certainly fit the bill in that respect!

Berest was contacted by Françoise Sagan‘s son to write a book on his mother on the occasion of the 60th anniversary (2014) of  the publication of Bonjour Tristesse.
She chose to focus on the months leading to the publication of that novel, showing the progress from the book as a manuscript to the book as an award winner (Le Prix des Critiques), and “cataloging the various stages in the life of a budding author”.

The cover of a first novel is a sacrament, the outward sign of a mysterious consecration having taken place.
p.88

She does so with entries following the calendar, like in a journal. She takes some snippets of life, some scenes as she calls them.
For instance, the first scene opening the book is Cocteau going home by night after a New Year’s Eve party. He sees two girls walking and laughing, that’s Françoise and her friend Florence Malraux.

Anne Berest met with Florence Malraux, still alive, to get more information about her best friend Françoise. As I had not read any biography of Sagan, I found some of these testimonies and memories fascinating.
Françoise et Florence were both wartime children. Florence is Jewish and her family was very involved in the Resistance. Because of some tragedy in her very bourgeois family previously to her own birth, Françoise was a spoiled kid who got everything she wanted and was allowed anything, with a lot of drinking and partying in a cocoon milieu, not unlike her heroine Cécile in Bonjour Tristesse.
They both shared a love of literature and remained close friends all their life.

When Françoise Sagan (by the way, as you may know, this is a pseudonym –there are nice pages explaining how and where she found this name) submitted her manuscript, she knew it was going to be a success. And it did, overnight, with basically no publicity. But sex and levity of life, especially under the pen of an eighteen year old writer, is publicity in itself. Berest does mention the aspect of scandal, but again only in passing. Because of the close connection between the scandalous dimension and the success of the book, I think it would have been justified to write more about it.

The author tries to draw parallels with some other successful celebrities of the time. I don’t really agree with her choice of Elvis Presley, quite different in stature world wide!
She may have been “the most famous French woman of her era” (p.24), but I’m not sure many French teenagers  still read Françoise Sagan these days, unless it’s required at school, but her novel did rank 41 in Le Monde’s 100 Books of the Century, in the Francophone world.

The book mentions Sagan’s connection with many authors of her time. It was a rich potential dimension, but I had to keep reminding myself the book was not supposed to be a biography to avoid my feeling of frustration at not knowing more; or at suddenly realizing a scene she just mentioned (the meeting between Sagn and L’Abbé Pierre for instance) was total fictional invention! At least, the author was honest at saying so afterwards.

Berest introduces autobiographic elements, reflecting on her own writing of this specific book, observing herself writing it, and sharing about her struggles at it. She speaks about her own love or rather non-love life –she just separated from her husband, and considers this writing experience as a comfort against grief. She has a very dark and pessimistic view of love.

I inhabit her life in order to forget my own.
p.13

Another frustrating aspect for me was when the author jumped ahead in time. So at the same time she follows the daily order of the calendar, and mentions what is going to happen later. It felt awkward.

To prepare my reading and reviewing of this book, I reread Bonjour Tristesse. I didn’t like it more than I did a few decades ago. One could certainly recognize the sexual, social, and psychological maturity of her young author, but I really found the writing left much to be desired. Sagan did write many more books after her first, alas not mentioned of course in Berest’s novels as it’s only about a few months in 1954.
It might be interesting to read a biography, but if you prefer a quicker experience, Berest’s book will give you a few valuable snippets, as long as you remember this is not a biography!

VERDICT: Unusual novel, written at the occasion of Bonjour Tristesse‘s 60th anniversary. It focuses on the last months that led Françoise Sagan to her resounding success, and offers interesting snippets in the life of an eighteen year old writer.

This intimate narrative charts the months in 1954 leading up to the publication of the legendary Bonjour Tristesse. We encounter Françoise, her family and friends close-up, in a post-war world that is changing radically; and Mlle Quoirez, in her new guise of Françoise Sagan, will be at the heart of that social change.
Sagan was always focused on her writing, though at times the fame of her books was to be eclipsed by her wild-child reputation.
Yet, as Anne Berest herself testifies, Sagan’s fearless approach to life lived on her own terms remains an inspiration even now. [provided by the publisher]

ARE YOU PLANNING TO READ THIS BOOK?
What did you think of Bonjour Tristesse?
SHARE YOUR THOUGHTS  IN A COMMENT PLEASE 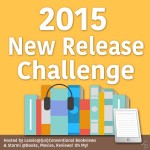 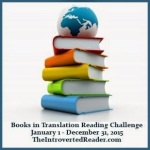