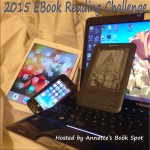 Jeff Deck’s first book was nonfiction, a fascinating work about typos in the US, the kind of books I really enjoy. I reviewed The Great Typo Hunt: Two Friends Changing the World, One Correction at a Time in my earlier blogging days. So Jeff kindly offered me his latest book, Player Choice. Seeing the potential connections with Ready Player One, I could not let this deal pass. And I am so happy to present it to you today.
You can incidentally admire Jeff for his patience, as I received his book in February… But with the IFFP and what not…

The book opens with game designer Glen, in his 30s, on his way to propose Novamundas, a new fantasy epic game “with nearly infinitive player choice”. His game is so innovative that he is not sure it will be accepted. Besides, he has the premonition he needs to get out of the train, otherwise he may die. Something does occur, and from then on, weird things start happening to him, throwing him at the limits of reality/virtuality, between memories and dreams, between your past and present experience, and between simultaneous realities.

I really enjoy how the author,  who does freelance work writing and editing dialogues for video games, translated the idea of how dangerous it can be to take video/virtual gaming to its extreme level. It is indeed very dangerous for Glen, and you will have to read the book to see why and what he has to face, with what consequences.

Suffice it to say that here google cars have become common, and if you think Siri can be spooky, what about having a “celph helper” (cool name for that concept) pop up virtually around you? Do you find news and ads invasive? Wait until visual notebooks, google glasses and apple watch have kind of mixed together and are now implanted in your brain, so that these things not only scream outside your head but also inside your head. And what if your implants were hacked?

Dangers can also come from groups who try to go against the flow: the Free, who resist these neural implants, and the Naturalists, who hate all form of technology. They may be ready to do anything to defend their way of thinking and living.

The theme of the double is common in literature. I think it was brilliant to develop it here in the context of our technological society, and look more closely along these lines at the ideas of real self and identity, and reality/virtuality. In that sense, I could feel elements in this book reminding me not only of Ready Player Choice (a must!), but also of Murakami, and even Darth Vader.

How am I defining “real”? Does it have a texture?

Yes, words can raise the dead, if only fr a short time. And how could I resist power like that? Every good storyteller’s a goddamn necromancer.

Ultimately, the book calls you to a metaphysical choice between a virtuality full of thrills, allowing you to believe you can escape your past, your self, things you don’t like in real life, and between a more subdued way of living where you may have the chance to make a little difference in the real world by helping others.

VERDICT: A fast-paced sci-fi thrilling account on how far video gaming can lead to. Be warned when you enter, you may not be able to go out, but in the meantime you will enjoy a fascinating book. Highly recommended to all geeks.

It’s 2040, and game designer Glen Cullather has a plan for the most ambitious virtual-reality game ever imagined. But as he begins to jump among alternate realities in his own life, Glen must figure out what’s real and what’s fantasy—for his own survival.
Player Choice is a fast-paced gaming sci-fi adventure that dares to ask: What happens when unreality becomes our reality?  [Goodreads]

Jeff Deck is an indie author and editor
who lives in southern Maine with his fiancee, Jane,
and their dog, Burleigh.
He writes science fiction, fantasy, and horror.
Deck’s new book is the sci-fi gaming adventure novel “Player Choice.”
Deck is also the author, with Benjamin D. Herson,
of the nonfiction book
“The Great Typo Hunt: Two Friends Changing the World, One Correction at a Time” (Crown/Random House).
His freelancing work includes writing and editing dialogue
for the video game “Steel Battalion: Heavy Armor.”
In 2008, Deck took a road trip across the U.S. with friends to fix typos in signage and nearly wound up in federal prison. He enjoys speculative fiction, video games, and plundering from the past.

HAVE YOU READ THIS BOOK YET?
WHAT’S YOUR FAVORITE BOOK ON VIRTUAL LIFE/GAMES?
SHARE YOUR THOUGHTS  IN A COMMENT PLEASE