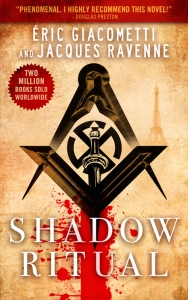 Ritual murders. Ancient enemies. A powerful secret. Two slayings—one in Rome and one in Jerusalem—rekindle an ancient rivalry between modern-day secret societies for knowledge lost at the fall of the Third Reich. Detective Antoine Marcas unwillingly teams up with the strong-willed Jade Zewinski to chase Neo-Nazi assassins across Europe. They must unravel an arcane Freemason mystery, sparked by information from newly revealed KGB files. This electrifying thriller about the rise of extremism is the start of a bestselling series that has sold two million copies worldwide.

First in a nine-book series

The series has sold 2 million copies 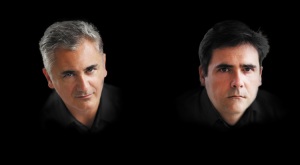 Jacques Ravenne is a literary scholar
who has also written a biography of the Marquis de Sade
and edited his letters.
He loves to explore the hidden side of major historical events.

Eric Giacometti was an investigative reporter
for a major French newspaper.
He has covered a number of high-profile scandals
and has done exhaustive research in the area of freemasonry.

Anne Trager loves France so much she has lived there for 27 years and just can’t seem to leave. What keeps her there is a uniquely French mix of pleasure seeking and creativity. Well, that and the wine. In 2011, she woke up one morning and said, “I just can’t stand it anymore. There are way too many good books being written in France not reaching a broader audience.” That’s when she founded Le French Book to translate some of those books into English. The company’s motto is “If we love it, we translate it,” and Anne loves crime fiction, mysteries and detective novels.
***
Follow Le French Book on Twitter | on Facebook
Sign up to receive their latest news and deals.

You can enter the giveaway here or on the other book blogs participating in this tour.
Be sure to follow each participant on Twitter/Facebook,
they are listed in the entry form below.

HAVE YOU READ THIS BOOK YET?
Have you read any other book on the Freemasons?
SHARE YOUR THOUGHTS IN A COMMENT PLEASE