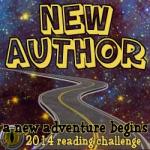 I received a review request  by the publisher/agent for Timbuctoo. The story sounded really intriguing, and the volume beautiful in itself.

Indeed, let’s start by the look of this book. It weighs a bit over 4 pounds, and its cover is a bit of a leather imitation, with the look of the original narrative of Robert Adams published in London in 1816. It also contains awesome pull-out maps of London, from the amazing work by Richard Horwood  (1757/8–1803): it’s 26 inches to the mile and represents every single building of London at the time. It was originally published in 1799.
In the jacket of the book comes a copy of the Quarterly Review contained Adams’ narrative.
And there is a QR code to locate 4 golden treasure in Timbuctoo!

Like in old books, each chapter lists the main episodes mentioned in that chapter.

The website has tons of amazing resources about the narrative.

The neat thing about this book is that it inserts Robert Adams’ story into a broader fictionalized narrative, for instance his wedding and the reason of his sudden disappearance.

I was kept going by my faith and by a love so string it replaced the blood in my veins and the breath in my lungs.
p.26

I enjoyed very much the beginning of the book, and all the suspense about who this mysterious stranger in London was and how he gets to tell his story to the Royal African Committee.

The historical and social context is extremely well rendered. Let me highlight a few things about it:

I think this description of the setting with these elements of the time makes the strong point of the book.

The description of what happens in Africa is really cool, and quite gruesome and horrendous at times. You also keep wondering if Adams’ miseries will ever stop, and if after his African’s hardship his English one might actually be worse!

Unfortunately, the book loses its impetus after a while. It gets a bit too complicated, with tons of characters. I think mostly the problem is in the structure of the chapters. They are super short chapters, and they jump constantly from one point or setting to another. It’s great at the beginning of the book, to build up the suspense, but after a while, it makes the narrative too choppy. That’s why I only give it 3 Eiffel Towers. The book had a fantastic potential, but it got lost in the writing style.

VERDICT: This gorgeous volume takes you back to England and Africa at the beginning of the 19th century. It fictionalizes Robert Adams’ narrative of his adventures as a white slave in Africa. Perfect for all who love adventure and history, though it got a bit muddy for me after a while.

At the height of the Timbuctoo mania, two hundred years ago, it was widely believed that the distant Saharan city was fashioned in entirety from the purest gold.

One winter night in 1815, a young illiterate American seaman named Robert Adams was discovered half-naked and starving on the snow-bound streets of London. His skin seared from years in the African desert, he claimed to have been taken to Timbuctoo as a white slave. Closing ranks against their unwelcome American guest, the British Establishment lampooned his tale, and began a campaign of discrediting him, one that continues even today. An astonishing tale based on true-life endurance, Timbuctoo is one of greatest love stories ever told. [provided by the author] 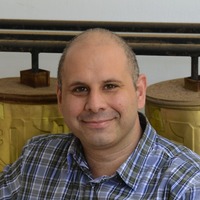 Tahir Shah is the author of fifteen books, many of which chronicle a wide range of outlandish journeys through Africa, Asia and the Americas. For him, there’s nothing so important as deciphering the hidden underbelly of the lands through which he travels. Shunning well-trodden tourist paths, he avoids celebrated landmarks, preferring instead to position himself on a busy street corner or in a dusty café and observe life go by. Insisting that we can all be explorers, he says there’s wonderment to be found wherever we are – it’s just a matter of seeing the world with fresh eyes.

In the tradition of A Thousand and One Nights, Shah’s first 2013 release, SCORPION SOUP, is a treasury of nested tales. One linking effortlessly into the next, the stories form a cornucopia of lore and values, the kind that has for centuries shaped the cultural landscape of the East. Amusing, poignant, and thoroughly entertaining, the collection stays with you, conjuring a magic all of its own.

Shah’s 2012 novel, TIMBUCTOO, is inspired by a true life tale from two centuries ago. The story of the first Christian to venture to Timbuctoo and back – a young illiterate American sailor – it has been an obsession since Shah discovered it in the bowels of the London Library twenty years ago. Timbuctoo will be released July 13, 2012.

His 2011 collection entitled TRAVELS WITH MYSELF is a body of work as varied and as any, with reportage pieces as diverse as the women on America’s Death Row, to the trials and tribulations of his encounter in a Pakistani torture jail.

Another recent work, IN ARABIAN NIGHTS, looks at how stories are used in cultures such as Morocco, as a matrix by which information, values and ideas are passed on from one generation to the next. That book follows on the heels of the celebrated CALIPH’S HOUSE: A Year in Casablanca, lauded as one of Time Magazine’s Top 10 Books of the year.

His other works include an epic quest through Peru’s cloud forest for the greatest lost city of the Incas (HOUSE OF THE TIGER KING), as well as a journey through Ethiopia in search of the source of King Solomon’s gold (IN SEARCH OF KING SOLOMON’S MINES). Previous to that, Shah published an account of a journey through the Amazon on the trail of the Birdmen of the Amazon (TRAIL OF FEATHERS), as well as a book of his experiences in India, as a godman’s pupil (SORCERER’S APPRENTICE).

Tahir Shah’s books have appeared in thirty languages and in more than seventy editions. They are celebrated for their original viewpoint, and for combining hardship with vivid description.

He also makes documentary films, which are shown worldwide on National Geographical Television, and The History Channel. The latest, LOST TREASURE OF AFGHANISTAN, has been screened on British TV and shown worldwide. While researching the programme Shah was arrested along with his film crew and incarcerated in a Pakistani torture jail, where they spent sixteen terrifying days and nights.

His other documentaries include: HOUSE OF THE TIGER KING, SEARCH FOR THE LOST CITY OF GOLD, and THE SEARCH FOR KING SOLOMON’S MINES. And, in addition to documentaries, Shah writes for the big screen. His best known work in this genre is the award-winning Imax feature JOURNEY TO MECCA, telling the tale of the fourteenth century Moroccan traveller Ibn Battuta’s first pilgrimage to Mecca.

Tahir Shah lives at Dar Khalifa, a sprawling mansion set squarely in the middle of a Casablanca shantytown. He’s married to the graphic designer, Rachana Shah, and has two children, Ariane and Timur. His father was the Sufi writer, Idries Shah. [from Goodreads]

AND HERE IS A CHANCE TO WIN THIS BOOK!
CLICK ON THE ENTRY FORM BELOW

HAVE YOU READ THIS BOOK YET?
WHAT’S YOUR FAVORITE NOVEL
SET IN AFRICA?
SHARE YOUR THOUGHTS  IN A COMMENT PLEASE