Today, I’m presenting the last 4 titles added to my Goodreads TBR, with the synopsis copied from Goodreads as well. 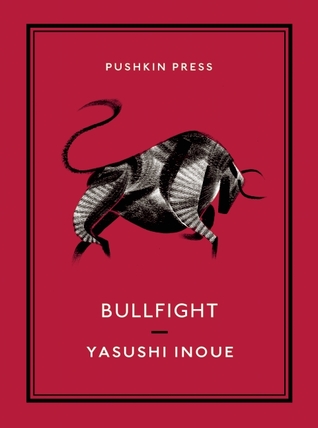 First English translation of an amazing debut novella by a major and incredibly prolific Japanese author.

Bullfight is a Japanese modern classic, a tense story about post-war Japan and its people struggling to come to terms with a new epoch—available now in English for the first time. Three years after the end of the Second World War, Tsugami, the editor-in-chief of a newspaper, decides to organize a bullfight. But things are not as simple as Tsugami assumes: there are all kinds of logistical problems to overcome, and he has to go into an unwelcome alliance with a shady businessman. Tsugami’s private life is also difficult, and as the bullfight approaches he must decide whether or not to remain with his lover Sakiko . . .

Bullfight won the prestigious Akutagawa Prize in 1949, and Yasushi Inoue was consequently assured a place in the Japanese canon. This novel is translated by Michael Emmerich, who has translated much Japanese literature, including Hiromi Kawakami and Banana Yoshimoto. Pushkin Press will be publishing further works by Inoue, including the epistolary novel The Hunting Gun and the story collection The Counterfeiter. 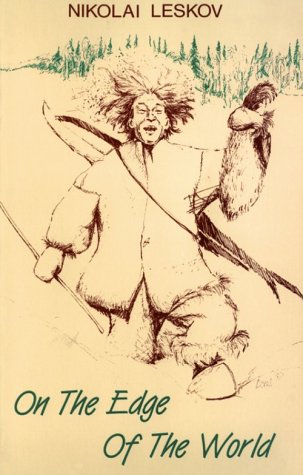 Based on a true story
of an early Russian missionary bishop’s trip
to Eastern Siberia.
During his journey
he learns through example and suffering
that in indigenous peoples of all cultures
there is dignity that must be recognized and built upon
as a foundation for Christian conversion.
Paperback, 135 pages
Published January 1st 1993 by St. Vladimir’s Seminary Press 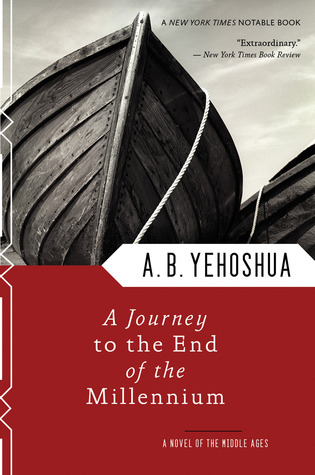 In the year 999, when Ben Attar,
a Moroccan Jewish merchant,
takes a second wife,
he commits an act whose unforeseen consequences
will forever alter his family,
his relationships, his business-his life.
In an attempt to forestall conflict
and advance his business interests at the same time,
Ben Attar undertakes his annual journey to Europe
with both his first wife and his new wife.
The trip is the beginning of a profound human drama
whose moral conflicts of fidelity and desire
resonate with those of our time.
Yehoshua renders the medieval world
of Jewish and Christian culture and trade
with astonishing depth and sensuous detail.
Through the trials of a medieval merchant,
the renowned author explores the deepest questions
about the nature of morality, character,
codes of human conduct, and matters of the heart. 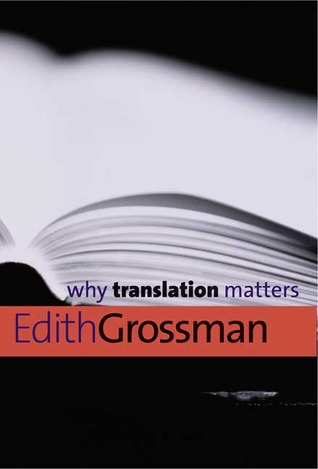 Why Translation Matters argues for the cultural importance of translation and for a more encompassing and nuanced appreciation of the translator’s role. As the acclaimed translator Edith Grossman writes in her introduction, “My intention is to stimulate a new consideration of an area of literature that is too often ignored, misunderstood, or misrepresented.”

For Grossman, translation has a transcendent importance: “Translation not only plays its important traditional role as the means that allows us access to literature originally written in one of the countless languages we cannot read, but it also represents a concrete literary presence with the crucial capacity to ease and make more meaningful our relationships to those with whom we may not have had a connection before. Translation always helps us to know, to see from a different angle, to attribute new value to what once may have been unfamiliar. As nations and as individuals, we have a critical need for that kind of understanding and insight. The alternative is unthinkable.”

Throughout the four chapters of this bracing volume, Grossman’s belief in the crucial significance of the translator’s work, as well as her rare ability to explain the intellectual sphere that she inhabits as interpreter of the original text, inspires and provokes the reader to engage with translation in an entirely new way.

Click on the cover to read more about it,

“I’ll walk.”
Open, empty prairie unrolled to the horizon in every direction beyond the narrow creek. Wind edged with the heat of the coming summer lifted the wisps of hair around Grace’s face, loosened bits of grass from the tendrils and sent them floating to settle on her shoulders and twirl down to her feet.

I’m almost done with this historical fiction set in Soth Dakota. I enjoy very much the descriptions of the landscape, the wind, the wilderness, but OMG this is an emotionally tough book, not for the faint of heart. A bit overwhelming at times for me, but I promised the author I would read and review it…