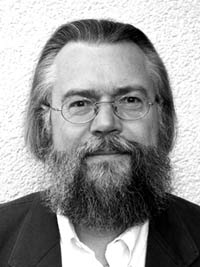 “Dr. Jean-Claude Larchet is a French Orthodox researcher who is one of the foremost Orthodox Patristics scholars writing today. Born in 1949, Dr. Larchet converted to the Orthodox Church from the Roman Catholic Church at the age of 22. He holds doctorates in philosophy (1987) and theology (1994) from the University of Strasbourg. He is one of the very few contemporary authors who is able seamlessly to combine rigorous scholarship with a vibrant sense of the inner life of the Church. His prolific writings on the spirituality of the Fathers of the Church and on orthodox theology (twenty-two books, over one hundred and fifty articles) have been translated into no less than 15 languages”. [wikipedia – click on the wikipedia link to see his bibliography].

I was fortunate to be in France at the time of the publication of Thérapeutique des maladies spirituelles (1991). Since then, I embraced Orthodox myself and moved to the US. I had to wait until 2012 to finally be able to share this gem with my non-French readers friends.Therapy of Spiritual Illnesses: An Introduction to the Ascetic Tradition of the Orthodox Church (2012) is, I believe the most complete, thorough, and accessible presentation of Eastern Orthodoxy.

From 1 volume in French, it became a 3-volume set in English.

What’s remarkable in this rich book is the perspective: Larchet provides a whole overview of the history of salvation according to Orthodox believers, that is, Christians and Fathers from the very beginning of the Church and on, from the perspective of health and sickness:

We were created in the image and likeness of God, healthy at all levels of our being. Sin, which as you may know, means actually in Greek to miss the target, introduced sickness and madness in humanity. Hence the development of all the passions, as illnesses gradually touched all aspects of our being.

Christ was sent as the Savior, the healer  (in Greek, to save and to heal are the same verb). Through the Sacraments,we recover health where disease was. This short passage is a good illustration:

This is a very short way of putting the whole thing.

The Table of Contents of the 3 volumes will give you a better idea:

If you consider that every page is strongly based on the teaching of the Fathers of the Church, with numerous quotes and references, you can now measure the importance of this work.

Here are favorite quotations of volume 1, though seriously, I could copy here half of the book! I still have my French notebook where I would write by hand all my favorite passages, and I have dozens of pages from that book!
I will add as I go along:

Man is by nature theanthropic. If he is not a man-god in the likeness of the God-man, he is not a man at all. Man defined by himself, independently of his relation to God that is inscribed in his very nature, is a non-human being. There is no such thing as pure human nature; man is man-god, or else he does not exist.   p.26

All of the Fathers insist on the fact that Adam was created entirely good by God. In his natural condition in paradise, man lived wholly in the good. Not only did he commit no evil, but he was even unaware of it, temptation giving him knowledge not of evil itself, but only of the possibility of it, the very knowledge of evil appearing as a result of sin, and not as its cause.   p.38

“In place of spiritual and divine knowledge, man received carnal knowledge. Yea, he began to see with the eyes of the body, the eyes of his soul being blinded, fallen from imperishable life.” St Symeon the new Theologian, quoted here p.50

I personally like to read this last quotation in the perspective of the Transfiguration, where the reverse finally came to be: the apostles’ eyes were healed of their inner blindness and open to Christ’s glory.

Man, taking as the true being that which appears to him, introduces an utter and total confusion into his perception of reality. he takes the false for the true and the true for the false, evil for good and good for evil. he considers to be most real that which is the least real (appearance), and considers what is most real (the spiritual, intelligible and divine reality) to be the least real or even as if non-existent. Thus, fallen man has a completely upside-down view of what is real.  p.60

As for the translation, it flows rather well, though I did notice a couple of small examples where it was clear only if I tried to figure out what it was in the original French.

But these examples are very rare, and I am most happy the translator chose to follow the French as for gender choice instead of the invading inclusive language which always makes me feel really stupid: if the author writes only ‘man’, I would be too stupid to understand he means the whole of humanity, and so he needs to say ‘man and woman’, and multiply unnecessary pronouns.