Little Princes:
One Man’s Promise to Bring Home
the Lost Children of Nepal

Published by William Morrow in 2011 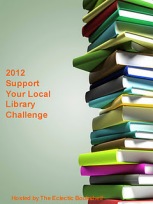 Honestly, I would be younger with no main responsibility, I would have  left to help in Nepal as soon as I finished this book. It is that good!

This young guy wanted to change a bit his horizon, and do a world tour. On his way, he ended up in Nepal, and discovered the terrible fate of Nepalese orphans, or kids he first thought were orphans. The picture got even worse when he realized those kids still had their parents, but they had been taken away from them, for big money extorted from poor peasant families, under the false promise that the children would be safer somewhere else far from the civil war, taken care of, and given a good education.

Seduced by the goodness of the children, and appalled by their situation, Conor decided to come back to Nepal and help. He eventually founded Next Generation Nepal, an organization focusing on reconnecting trafficked children with their families.

Little Princes is his story, the story of many of these children, what it takes to find the families, to explain to them what happened, and to reconnect the children with them, in a country whose beauty is as great as its natural obstacles: most of the trips need to be made on foot or on the back of a donkey, in harsh temperatures. You will know also how Conor discovered his wife to be!

I particularly liked the honesty of this young American: how he felt at the same time irresistibly attracted by this country and its children, and yet was experiencing with difficulty its poverty, its food, its culture, so far and different from all that had been his rather well-to-do American comfort. This book touched me very deeply.

If you are ready to go, or you prefer to volunteer as a fundraiser, or donate, here is the direct link.

One Person Can Make a Difference.

In search of adventure, twenty-nine-year-old Conor Grennan traded his day job for a year-long trip around the globe, a journey that began with a three-month stint volunteering at the Little Princes Children’s Home, an orphanage in war-torn Nepal.

Conor was initially reluctant to volunteer, unsure whether he had the proper skill, or enough passion, to get involved in a developing country in the middle of a civil war. But he was soon overcome by the herd of rambunctious, resilient children who would challenge and reward him in a way that he had never imagined. When Conor learned the unthinkable truth about their situation, he was stunned: The children were not orphans at all. Child traffickers were promising families in remote villages to protect their children from the civil war–for a huge fee–by taking them to safety. They would then abandon the children far from home, in the chaos of Nepal’s capital, Kathmandu.

For Conor, what began as a footloose adventure becomes a commitment to reunite the children he had grown to love with their families, but this would be no small task. He would risk his life on a journey through the legendary mountains of Nepal, facing the dangers of a bloody civil war and a debilitating injury. Waiting for Conor back in Kathmandu, and hopeful he would make it out before being trapped in by snow, was the woman who would eventually become his wife and share his life’s work.

“Little Princes” is a true story of families and children, and what one person is capable of when faced with seemingly insurmountable odds. At turns tragic, joyful, and hilarious, “Little Princes” is a testament to the power of faith and the ability of love to carry us beyond our wildest expectations. [Goodreads]

Conor Grennan spent eight years at the EastWest Institute (EWI), both in Prague and the EU Office in Brussels. During that time, he developed and managed a wide variety of projects focusing on issues such as peace and reconciliation in the Balkans and harmonizing anti-trafficking policy. In 2001 he was made Deputy Director of EWI’s Program on Security and Good Governance, and served as the Advisor on EU Affairs to EWI’s Worldwide Security Program.

Conor left EWI in 2004 on an around the world trip, during which he volunteered in the Little Princes Children’s Home in the village of Godawari, Nepal. When he learned that the children in the home were not orphans, but were in fact trafficked, he moved to Kathmandu, Nepal, and started Next Generation Nepal, a nonprofit organization dedicated to reconnecting trafficked children with their families.

Conor is a citizen of the U.S. and Ireland and a graduate of the University of Virginia and the NYU Stern School of Business, where he served as president of the student body. He is the President and Founder of Next Generation Nepal, and the author of the NY Times and #1 international bestselling memoir Little Princes: One Man’s Promise to Bring Home the Lost Children of Nepal, which has been translated into twelve languages so far and has received a bunch of pretty cool awards. He is also a highly requested motivational speaker at universities and corporations (to the constant bewilderment of his wife and children) and he was named a Huffington Post Game Changer of the Year in 2011.

He lives with his wife Liz and his son Finn and his daughter Lucy in Los Angeles, California. Have you been there? It’s nice.

Here is his website, with more information about his book, and his work.

REVIEWS BY OTHERS
She Is Too Fond Of Books
S. Krishna’s Books
Amused By Books