of an American Adventurer

and His Mysterious Disappearance 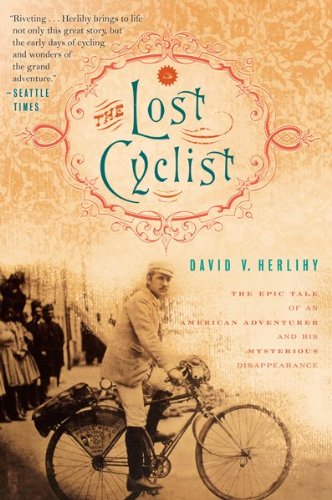 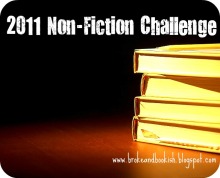 I am conflicted about this book: I enjoyed the topic: cyclists traveling the world at the end of the 19th century, taking pictures, and one of them mysteriously disappearing, in areas where sometimes no other Western man had ever gone. The snippets about landscape and people are short but give a good idea. The synopsis of the book is actually confusing: it just speaks about the Lost Cyclist, and it sounded like another guy was looking after him after his disappearance – he does, but only later on in the book. At the beginning, you actually have chapters alternating between travels of Lenz AND of 2 other cyclists, or wheelers as they were then called, who traveled the same years. One of these 2 tries to find out what happened to Lenz later on in the book.

I enjoyed so much reading The Lost City of Z, with also a traveler trying to find another lost traveler (and more), that I was expecting similar style I guess. Well, not everyone is as riveting as David Grann, and David Herlihy is certainly not. His style doe not flow too well, and he keeps using on and on a weird construction [verb in the past + subject +: to introduce a quotation eg: Recorded Sachtleben: (p.42) ] – was he trying to imitate a phrase structure used in the 19th century? I don’t recall having run into it, and certainly not as often as practically on every page. It was really annoying and drove me nuts; it almost made me give up on this book.

But it’s good for those who love bicycles, and it’s got lots of things on the history and development of bicycles in the US.

In the late 1880s, Frank Lenz of Pittsburgh, a renowned high-wheel racer and long-distance tourist, dreamed of cycling around the world. He finally got his chance by recasting himself as a champion of the downsized “safety-bicycle” with inflatable tires, the forerunner of the modern road bike that was about to become wildly popular. In the spring of 1892 he quit his accounting job and gamely set out west to cover twenty thousand miles over three continents as a correspondent for Outing magazine. Two years later, after having survived countless near disasters and unimaginable hardships, he approached Europe for the final leg.

He never made it. His mysterious disappearance in eastern Turkey sparked an international outcry and compelled Outing to send William Sachtleben, another larger-than-life cyclist, on Lenz’s trail. Bringing to light a wealth of information, Herlihy’s gripping narrative captures the soaring joys and constant dangers accompanying the bicycle adventurer in the days before paved roads and automobiles. This untold story culminates with Sachtleben’s heroic effort to bring Lenz’s accused murderers to justice, even as troubled Turkey teetered on the edge of collapse. [Goodreads]

DAVID V. HERLIHY is the author of Bicycle: The History, winner of the 2004 Award for Excellence in the History of Science. A leading authority in his field, he has been interviewed by numerous television, radio, and newspaper personalities in the United States and abroad, and his work has appeared in a wide variety of general-interest and specialty magazines. [amazon]

When the bicycle first gained popularity in the 1880s, intrepid daredevils were quick to seize upon it as a tool of exploration and an indicator of resourcefulness. Frank Lenz and William Sachtleben were two such enthusiasts. Sachtleben and a partner had gained notoriety for cycling almost across the globe, including through China, a region that was alien to Westerners at the time (they traversed particularly difficult sections by train). But Lenz proposes something truly dangerous: he will cycle the entire world alone, and he won’t shy away from the hard parts. Lenz’s exploits become the talk of the cycling world, but don’t reach prominence in America until he disappears in eastern Turkey, a hairsbreadth from reaching his goal. Sachtleben is sent to Turkey to investigate and ends up wading through government corruption, tribal alliances, and a region in the throes of revolution. This meticulously-researched account exposes readers to an unfamiliar world. Readers with a love of cycling or curiosity about this moment in history will appreciate Herlihy’s knowledge and passion, but the simply curious may feel at times like they’re pedaling uphill. [amazon, where you find also an excerpt and nice pictures from the book]