The Vanishing of Katharina Linden 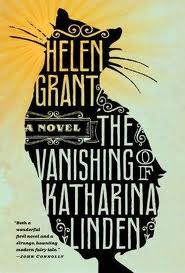 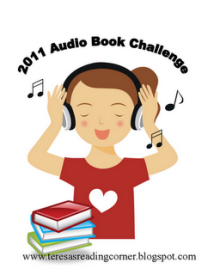 It may seem strange to describe Grant’s debut as a charming horror novel, but there’s a determined amiableness about the narrative that will appeal to readers who wouldn’t typically be drawn to such subject matter. It’s December 1998, and 10-year-old Pia Kolvenbach and her family are living happily in the quaint German town where her father grew up, until Pia’s grandmother accidentally sets herself on fire and burns to death. A rumor erupts that her grandmother exploded, and, overnight, Pia becomes an outcast. Her only friend from then on is the most unpopular boy in her class, nicknamed StinkStefan. The two of them begin visiting an elderly man who entertains them with ghost stories from local folklore that Pia and StinkStefan hope might help them solve the decades-old mystery of a number of local girls who have gone missing. [Publishers Weekly]

And here a video made by the author on the city where Pia lived!

Helen was born in London in 1964. She showed an early leaning towards the arts, having been told off for writing stories under the desk in maths lessons at school.

Helen went on to read Classics at St. Hugh’s College, Oxford, and then worked in marketing for ten years to fund her love of travelling. Her two most memorable travelling days were the one spent exploring Damascus in Syria and the day she went to the Raj Mandir cinema in Jaipur to see the romantic blockbuster Beta.

In 2001, she and her family moved to Bad Müenstereifel in Germany. It was exploring the legends of this beautiful old town that inspired her to write her first novel, The Vanishing of Katharina Linden, which is set there.

Helen now lives near Brussels with her husband, her two children and her two cats.  [To read more, go to the Author’s website, from where I copied this].

On her website, there’s in particular a very interesting sort of interview, presented as a Q & A.

She also has a blog.

I had tweeted how enthralled I was by that book when I was reading it, and Helen found my tweet about it. She thanked me for it, and took time to tweet back a few times with me. How cool is that!

“The Vanishing of Katharina Linden is a stunning debut with a richly evoked setting, a smart sympathetic heroine, and the best opening line for a novel I’ve ever read.  Helen Grant conjures a tale of evil in rural Germany that would make the Brothers Grimm jealous!’ —Rick Riordan, New York Times author of the Percy Jackson & The Olympians series

“Dark and deadly as the original Grimm’s German folktales, The Vanishing of Katharina Linden hides its menace behind the exquisitely charming narrator, Pia, an unforgettable child of the first order.” —Keith Donohue, author of The Stolen Child and Angels of Destruction

I usually listen to audiobooks only when I paint or when I do house chores. Well, I did not have enough house chores for this one, and as I could absolutely not wait to get more hours on the following days, I ended up listening to it sitting on my couch. I have NEVER done this before. This is enough to say this is a real page turner, you get the idea, even if that one was an audiobook.

A friend of mine asked why I liked it so much. It is actually hard to pinpoint, apart from the fabulous quality of the writing that keeps you going, with excellent handling of suspense.  Publishers Weekly description of it as a “charming horror novel” is quite fitting. The tone of the book is very peaceful and friendly, as Pia, the narrator, is a 10 year old sweet nice girl. The horror comes little by little with what she has to encounter, but it is narrated in such a way that it sounds more like folk tales than the stuff horror movies are made of. And indeed, the book is based on Helen Grant’s research on folk tales connected to the city where Pia lives – a real city where the author herself lived.

I have not yet read this in any other review about this book, so I’d underline an interesting theme that seems to me to go along the book:  ostracization. Pia is ostracized by her school mates after what happens to her grand-mother, and the only friend she is left with is the most ostracized kid of the school – his ostracization went so far as giving him a surname. With what happens between her own parents, Pia feels more and more isolated from her own family as well. Her father is German, her mother British and never feels like fitting in this German city. When Pia is sent one summer to England, the ostracization follows her, notably through her mean British cousins. There’s a lot of ostracization going on in Pia’s German city, between neighbors, with stories going back decades before, and focusing especially on one strange character that 2 young heroes seem to finally befriend – but do they?

I tweeted Helen Grant about this point, and here is her reply:
Yes, I think your view is spot on. This is why Unshockable Hans is so important to the book because he is one of the few “people” who does not let Pia down. I’d also have to say that autobiography has an influence on the book.  I loved living in Bad M but on days when things didn’t go so well I REALLY felt like an alien myself! PS The original working title of the book was “Unshockable Hans”! [tweeted by @helengrantsays on Feb 28 2011.]

My only regret is having been mislead by the American book cover, the British one is different, with a black cat. So all along, I was trying to figure out if the cat was…. oops, I will not give you a spoiler. The cat does have a role, but not as prominent as the book cover would imply. Never judge a book by its cover, I know.

If you are looking for a good page turner, I highly recommend you this book. I don’t think it’s a YA book.

Helen Grant has written another book, and more are coming. The exciting part is that she’s just 2 years older than me, so I’ll have lots to read by her!

My life might have been so different, had I not been known as the girl whose grandmother exploded. And had I not been born in Bad Munstereifel. If we had lived in the city–well, I’m not saying the event would have gone unnoticed, but the fuss would probably only have lasted a week before public interest moved elsewhere. Besides, in a city you are anonymous; the chances of being picked out as Kristel Kolvenbach’s granddaughter would be virtually zero. But in a small town–well, small towns everywhere are rife with gossip, but in Germany they raise it to an art form.

4 thoughts on “The Vanishing of Katharina Linden”