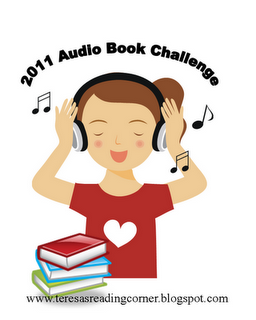 The Canterbury Tales is a collection of stories written in Middle English by Geoffrey Chaucer at the end of the 14th century. The tales (mostly in verse, although some are in prose) are told as part of a story-telling contest by a group of pilgrims as they travel together on a journey from Southwark to the shrine of Saint Thomas Becket at Canterbury Cathedral. In a long list of works, including Troilus and Criseyde, House of Fame, and Parliament of Fowls, The Canterbury Tales was Chaucer’s magnum opus. He uses the tales and the descriptions of the characters to paint an ironic and critical portrait of English society at the time, and particularly of the Church. Structurally, the collection bears the influence of The Decameron, which Chaucer is said to have come across during his first diplomatic mission to Italy in 1372. However, Chaucer peoples his tales with ‘sondry folk’ rather than Boccaccio’s fleeing nobles. [wikipedia]
The version I listened to was translated into modern English, but still in verse.

Geoffrey Chaucer (pronounced /ˈtʃɔːsər/; c. 1343 – 25 October 1400) was an English author, poet, philosopher, bureaucrat, courtier and diplomat. Although he wrote many works, he is best remembered for his unfinished frame narrative The Canterbury Tales. Sometimes called the father of English literature, Chaucer is credited by some scholars as the first author to demonstrate the artistic legitimacy of the vernacular Middle English, rather than French or Latin. [wikipedia]

It took me over a month to finish this lengthy audiobook, but I enjoyed almost all of it – there were a few passages, especially the ones related to old Greek classics, that I did not appreciate too much. I do enjoy Greek classics, but the passage related to them was very long here, I think.

This is part of my goals of reading classics I have never read, or read in French decades ago. I had not read/listened to verse for quite a while, so that was good too. The translation by Nicholson into modern English verse was very good.

It is a witty satire of the English society and Church of the 14th century, but still, one can find some good Christian passages, as well as good morality. One of the Tales is actually the martyrdom of Saint Cecilia.

Some passages are really hilarious, and I often caught myself laughing out loud. Some tales, with animals, have some commonality with the famous French Fables de La Fontaine.

11 thoughts on “The Canterbury Tales”